Cape Town - She's set to star in a new soap about a makoti – and if her hunky new man has his way, wedding bells may soon ring in real life for Tina Jaxa.

It's no secret that the actress has been unlucky in love – her messy break-up with husband Prosper Mkwaiwa was well documented in the media. In 2015 the businessman died of an undisclosed illness. At the time of his death Prosper was legally married to Tina but was in a traditional union with musician and socialite Tina Dlangwana.

Now, it seems, Tina may have found her happily ever after in the beefy arms of Generations: The Legacy actor Fuzile Mahamba. They've been dating for six months and she couldn't be happier.

"I'll never give up on love based on previous love relationships that didn't work out because I don't live my life from a point of fear," she tells DRUM.

Her marriage to Prosper, she says, and everything that's happened in between, was all meant to bring her to this point in her life.

"I see everything I went through as part of what was meant to happen to me. I had to learn to love myself first, wholeheartedly. I know who I am as a person, I believe in God and I'm here today because of good and bad experiences I went through." 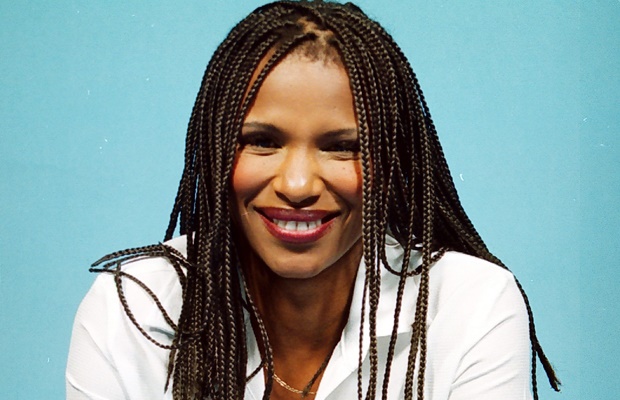 Tina and Fuzile kept their relationship under wraps until friends leaked a video of them cuddling in the bedroom to a tabloid newspaper.

Tina, who has always been very candid about her private life, says she wishes news of the relationship was better handled.

"I understand that I'm an actress and my fans, the media and my work intertwine. My issue is that all stakeholders need to be sensitive about how information is put out because we have kids, families and careers to sustain."

Now that the secret's out, however, she wants people to know that only once they love themselves will they find love in the arms of someone else.

As she puts it: "You are who you're looking for."

With a year to go before Tina turns the big 5–0, she's been doing a lot of introspection. Earlier this year the actress told us she was "on a spiritual journey to self-actualisation" and hadn't touched alcohol, meat or dairy products for two months. She's a changed person and the person who has helped her find inner happiness is her spiritual teacher, Swami Vishwaparanthapananda (Making magic together, 7 March).

Recently, she wrote online that her Swami was going overseas, but Tina wears a ring to remind her of his teachings. Her spiritual teacher has helped change her mindset, she says. "When you change how you look at things, a lot of things start making sense and you have a positive mindshift.

"I've had it hard because I refused to learn some lessons the easy way, so most of my life lessons, such as self-love, were learnt the hard way."

The hard lessons, however, made her a tough cookie. "I'm highly resilient and I don't give up easily," Tina says.

"My dad was a warrior in a sense – he used to tell me if a man says something to me, I need to rephrase the question and ask him to repeat himself.

"I didn't know what he meant back then but now I know he was teaching me never to be taken advantage of and to stand up for myself in every situation, especially in love." She's learnt to value herself and her new man knows her worth too. "Tina is a strong woman who's ready to take a bullet for her loved ones," Fuzile tells us.

"She's loving and knows how to keep her family warm. I love and respect her, and I know that she does too. We're like friends who share everything together.

The relationship has become pretty serious but "we're currently taking things one step at a time and putting God first," Fuzile says.

"She has all the qualities I need in a woman and, God willing, I would like to spend the rest of my life with her."

Tina met Fuzile (40) at OR International airport after she had dropped her ID, according to newspaper reports. Fuzile picked it up and tapped her on the shoulder to return it. Later, when the actors realised that they were seated next to each other on the same flight, they struck up a conversation.

"At first I wasn't sure because I wasn't really into masculine guys with a big moustache," Tina told Sowetan Live.

"I saw him as a fan who was just starstruck but he kept on pressing until I gave in."

The younger man's persistence has paid off but Tina isn't in a rush to walk down the aisle. She refuses to base her happiness on an event, marital status or a feeling, she says. As happy as her new man makes her, Tina's responsible for her own happiness.

"We are quick to react and label our partners' behaviours as inconsiderate, without turning the situation and looking at it from their perspective," Tina says.

"We tend to have unrealistic expectations of our partners and forget that we are mirroring each other, through good and bad personality traits, while trying to find our own rhythms."

She and Fuzile seem to have found their rhythm and are dancing to their own beat. They're happily in love and the key, she says, is to take each day as it comes.

"If the train is moving, let it move; if it stops, let it stop," she says laughing.

The free-spirited actress has always done things her way. "I live my life with no regret and judgement and believe that whatever happens is meant to be," Tina says.

"I've experienced expensive learning curves because some of my life lessons I had to learn over and over again until I got the lesson. I believe there's no right or wrong in how one lives their life, just consequences to our actions and the decisions we make."

We live in a world where facts and fiction get blurred
In times of uncertainty you need journalism you can trust. For only R75 per month, you have access to a world of in-depth analyses, investigative journalism, top opinions and a range of features. Journalism strengthens democracy. Invest in the future today.
Subscribe to News24
Related Links
WATCH: Minnie Dlamini pays tribute to her brother with touching video
WATCH: LootLove and Reason give fans a sneak peek of their twins' stunning nursery
PICS: Bontle Modiselle and Priddy Ugly go topless for gorgeous pregnancy photo shoot
Next on Drum
Kim Kardashian opens up about her lonely marriage to Kanye West