In 2002 she was one of the top finalists in Miss India Worldwide, after winning Miss India South Africa. But her win was roundly criticised. Some people in the Indian community frowned upon a dark-skinned girl winning the beauty pageant, she explains.

“I have never shared this, but those comments really hurt me and damaged my self-esteem. I knew I was worthy to be crowned because I’m intelligent. And after so much out country had gone through in terms of racial discrimination, I was shocked people didn’t think a dark girl deserved to win.”

She wallowed in self-doubt – then decided to bleach her skin.

Before her skin lightening started 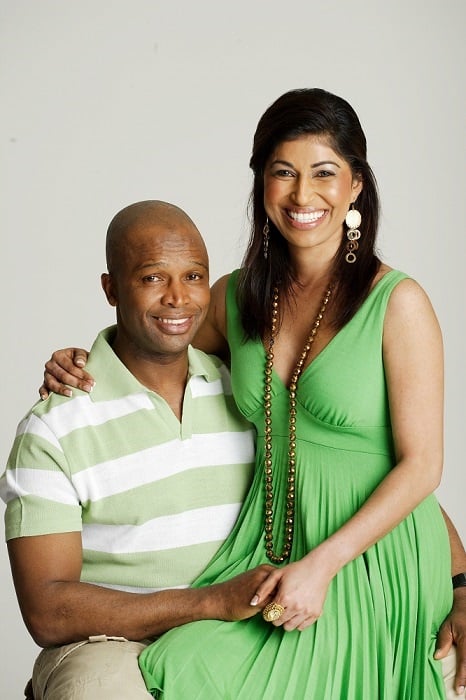 “The negativity really pulled me down and I fell into the public [opinion] trap. Looking back now, I regret doing it. I think I was more beautiful before. I loved who I was. It was an irrational decision.” Sorisha says there was a time when her skin became too light and had also developed vitiligo, a condition in which the skin loses its pigment cells causing discoloured patches. She looked deep within herself to find the root of her problem. “I had to stop caring about what other people thought of me and I focused on the people who really cared about me. “I was becoming too white – my skin was almost paper-thin and I became very paranoid about my looks. I tried out almost everything that had retinol [vitamin A derivative that improves discolouration] in it and I did a lot of light peels.

“I had long meetings with my plastic surgeon, who is a highly regarded doctor in Durban, before I found a product that helped to produce melanin,” she says. She also took to learning more about skincare products by reading anything she could get her hands on and by testing it on herself.

If there’s one person who’s always found her beautiful, it’s her husband. Sorisha tears up as she recounts how far she and Vivian have come together.

She was a working-class girl from Shallcross in Durban, who got a journalism degree from Rhodes University in 2001. But winning the Miss India South Africa pageant in 2002 launched her on a path to fame and fortune.

Before Sorisha and Vivian met in real life, the former beauty queen had been working at East Coast Radio as a DJ on the Saturday breakfast show.

Every Saturday, she would receive a call at the station from the businessman, asking her out to breakfast. “I knew of Vivian Reddy but I wasn’t interested because I thought he was arrogant,” she recalls. “He would persist and call every Saturday morning until one day I agreed to a coffee date.” To her surprise, the billionaire was completely different from what she had imagined. “He was humble and he understood my goals. He inspired me a lot.” Sorisha fell for his charms. “I had been single for a year and I didn’t see anything wrong with giving it a try.”

The two dated in secret but people caught wind of their romance and started labelling Sorisha a gold-digger. Not only was Vivian 24 years her senior, he was also very, very wealthy. “For us the big age gap was not a problem,” she says.

“Things only turned ugly when we saw headlines and people criticising us. I would sometimes question whether I was doing the right thing.”

It was a stressful time, Sorisha says, but after she and Vivian discussed it, they decided to shut out the criticism and focus on their relationship. A few years later, they tied the knot and later had two children, son Saihil (9) and daughter Kalina (7).

The “gold-digger” criticism continued, Sorisha says, but she was unfazed, as she was more than capable of taking care of herself. She starred in e.tv soapie Scandal! as Nadia Narain for two years and later started her own businesses.

“If Viv and I were to ever divorce I would be able to sustain myself with my businesses and my lifestyle would not change,” she says confidently.

“It could have been easier for me to live as a housewife but I decided that’s not the life I’m meant to be living.” And there’s no reason she can’t return to acting. “I left Scandal! because I had fallen pregnant with my daughter.

Being a mother of two, I wanted my kids to be closer to their grandparents.

“So we packed our things and moved from Joburg back to Durban to start a new life.”

We live in a world where facts and fiction get blurred
In times of uncertainty you need journalism you can trust. For 14 free days, you can have access to a world of in-depth analyses, investigative journalism, top opinions and a range of features. Journalism strengthens democracy. Invest in the future today. Thereafter you will be billed R75 per month. You can cancel anytime and if you cancel within 14 days you won't be billed.
Subscribe to News24
Next on Drum
Tshepi Vundla welcomes her mkhwenyana JR in a beautiful ceremony to celebrate their upcoming nuptials