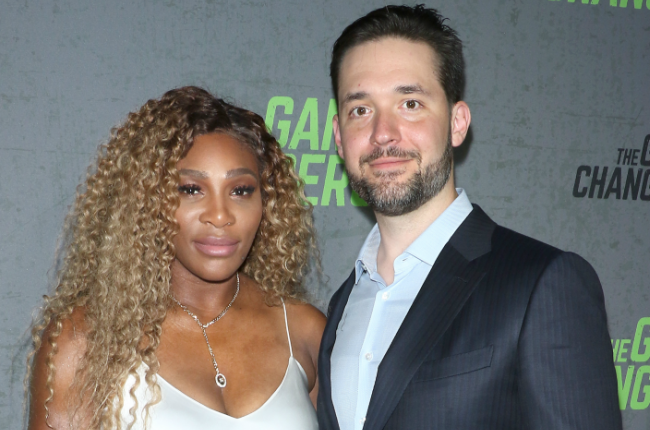 American professional tennis player Serena Williams and her husband Alexis Ohanian had an open discussion about his recent resignation from Reddit, which he co-founded, and the inequality Serena has faced throughout her career in an IGTV video.

The couple’s conversation was sparked by the ongoing violence and systemic racism towards black people that continues to be at the forefront of America’s social economic issues.

"When I thought about what Reddit needs, what business needed now more than ever, was someone that had a position of power to say, ‘there are too many white faces around the table, there have been for too long,’” said Alexis in the video.

“What are the things that I can do beyond donations.”

Serena expressed how proud she was of her husband but insisted that she had nothing to do with his decision to step down from the company he co-founded in 2005 and his bit to fight racial inequality.

“This is all Alexis, which is really cool. A lot of people may think that I told you to do something, or that I forced you, or that I was in your ear ... he doesn't listen to me ever! So that's not the case,” Serena said.

Alexis further explained about his decision to resign from his company saying:

“I really meant it when I said I think resignation can be an act of leadership and I know this puts Reddit in the best position possible,” he shared.

"I think if every company took a look around their boardrooms on Monday and really had the honest, hard conversations, and said, 'Are we doing the best by our customers, by our team and by our shareholders with this board makeup?' I think we'd see more change."

He also shared how he has received heartfelt messages from strangers in business, specifically black men and women, applauding his decision.

The tennis star, who has a two-year-old baby girl, Alexis Olympia Ohanian Jr. with her husband Alexis, also opened about her own experiences with racism.

The pair is devastated that one day they will have to discuss this topic with their child, as she "only knows love".

We’ll be continuing to share ‘S’ stories here and on @serena, and this #SerenaSaturday our ‘S’ stands for starting a conversation (with @alexisohanian).

We live in a world where facts and fiction get blurred
In times of uncertainty you need journalism you can trust. For 14 free days, you can have access to a world of in-depth analyses, investigative journalism, top opinions and a range of features. Journalism strengthens democracy. Invest in the future today. Thereafter you will be billed R75 per month. You can cancel anytime and if you cancel within 14 days you won't be billed.
Subscribe to News24
Next on Drum
‘That family did not love Senzo. He was a cash cow’ – Kelly goes for jugular in new season of her show