These inspirational women have amazing stories to tell 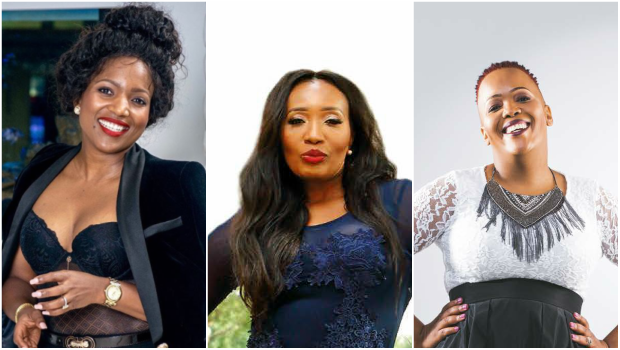 These women however have conquered the industry and continue to inspire other women to be true to themselves and do the unimaginable.

Drum caught up with Sophie Ndaba, Brenda Mhlongo and Tumi Morake to learn how to slay like them in all aspects of life.

She’s best known as Queen Moroka in SABC1 soapie Generations, but it’s her role as a mother and businesswoman that Sophie Ndaba (45) delights in – and the one at which she works hardest to strike a balance.

“The biggest challenge is being a single mother and trying to build a career and a business at the same time,” she tells us.

Sophie insists there’s no recipe for being successful and an attentive, loving mother.

“The best is to treat everything like an important project. As business people, we tend to treat our businesses in a professional manner but when it comes to our private lives we fail to make our children a priority.”

Sophie’s children, Shallon (29), Rudo (25) and Lwandle (18), attended boarding school and would sometimes stay with her mother during school holidays.

“I made many sacrifices for my children to have what they need,” Sophie says.

“Women and children are being hijacked, killed and discriminated upon.

“We need to stand our ground. It starts with knowing the kind of people you allow into your life and space. Having a strong support structure, always putting yourself first and feeling safe is important,” she says.

She’s achieved many things over the past few years but her proudest is succeeding in a male-dominated events industry.

“I’ve moved from being a wedding planner to being an events planner in the corporate industry,” she says. Sophie secured five festivals in 2017 and hopes to be one of the biggest festival organisers in Africa. “I’m very proud that I’ve taken that very scary leap of faith. “As a black woman in the events industry, it’s tough but I have the right support around me, a great team. I’m also learning from the people who’ve been there before me.” She said.

“Growing up in the township you’re somehow objectified and society sets your limitations as a female. It’s not easy to come out as a woman and articulate your feelings or views, no matter how valid they are.”

“I constantly have to remind myself I’m enough just as I am, and I can do what my male counterparts can do,” says Brenda (38) who plays the subservient Nandi Mabaso in Generations: The Legacy.

The actress says having to reiterate her worth to the world – and sometimes to herself – has become her daily routine.

“My advice to young people is to never take advice that comes from a fearful place. Someone else’s limitations should never be imposed on you. Be present in every moment and live your best life.”

Brenda believes she’s the woman she is today because of the challenges she’s been through. She’s learnt that pain is her strength.

“I speak to my girls, Zama (27) and Snikiwe (19), about everything. When you’re blessed with a child you’re given an opportunity to right some of the wrongs you experienced in some ways.

“I try to guide my girls as best as I can without being too invasive. They’re my best friends and I engage them on a friendship level. But when I need to be firm, I’m very firm.

“My girls know there’s no shortcut in life. If you want something you need to make it happen and work hard. Don’t believe sweet nothings.”

If they ever find themselves in trouble, she expects them to call her first.

“I’ve created a platform where we speak candidly about everything.”

Brenda says her scars push her to be a better person.

“I owe it to those who came before me and those who will come after me to make a success of all that’s been entrusted to me.

“I’m very proud of my journey: a young girl who believed in the validity of her dreams and here I am now, still pushing through.”

Next up she’ll also launch her foundation, the Brenda Mhlongo Worldwide Foundation for Street Children and she plans to release a single, Mina Baby, soon.

“My character is growing in Generations: The Legacy. I want to do everything I was brought on this earth to do with no fear or intimidation.”

It might have taken her seven years to complete her BA degree, but now award-winning comedienne Tumi Morake (35) is a graduate,  is a former Jacaranda FM breakfast show host and host of her own TV show, #WTFTumi.

In 2003, Tumi was kicked out of Wits University and couldn’t finish her BA degree in dramatic arts.

“My mom had a mental breakdown and couldn’t afford to pay for my fees,” she says.

“That year I had to decide whether to quit university and go back home or whether to stay in Johannesburg and make a life for myself.

“I decided to stay and fight. A lot of women find themselves in awkward positions and see no way out. It’s all about how you react in the bad times. You need to have a positive outlook and believe you can overcome any situation,” she adds.

There’s a perception in the entertainment industry that people don’t need to be educated to make it, and Tumi says she needed to prove to herself she could finish what she started.

“I went back to school and studied with kids half my age but I didn’t forget my dreams and I graduated without owing money to the bank or to the university,” she says, beaming. She’s since made a name for herself as one of the country’s best comediennes, and she’s not afraid to use her voice to speak candidly about women’s issues.

But that wasn’t always the case: as a six-year-old, Tumi was raped by a man the same age as her father. For years she kept quiet about the trauma but last year she decided to break the silence.

“Rape has become part of our culture and it’s something that’s taken seriously depending on how violent it is,” she says.

“I lived in shame most of my life for something that wasn’t my fault. “It was only after the Khwezi [President Jacob’s Zuma’s alleged rape victim] silent protest at the 2016 election results that I became vocal about being a rape survivor. I felt I could share my issue.”

Tumi wants women to have a voice and share their stories of abuse, as well as stories of victory. “Being in the entertainment industry, I was afraid of how people would look at me and what they would think. But I want to tell other women not to be silenced by the space they’re in. Don’t be quiet.” She believes women should continue supporting one another.

“We’re not as cruel to each other as society has painted us to be. Let’s continue to support one another.”

She cites an example of a woman supporting her and it’s also her proudest moment, she says. After performing at an Old Mutual event, Graça Machel, who attended the function, called her an extraordinary woman. “That meant a lot to me and I’ll always cherish it.”