Actress Shonisani Masutha launches a braid collection: 'I wanted to be more than just the face' 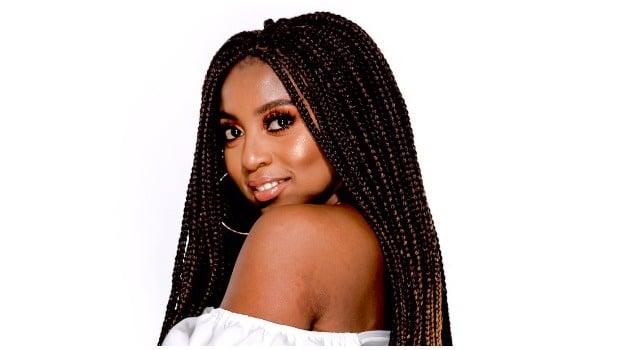 Read More: "Life begins at the end of your comfort zone" - How Shonisani Masutha's big risk payed off when she became the first African actress in a Bollywood series “For the past year and a half, Afrotex has been sending me hair and I’d post it on my social media networks. One day the head of the company requested a meeting with me where he told me about new hair with superb quality that they wanted me to be the face and name of. I was super excited and I told him that I’d like to be part of the business and not just the face. I wanted to have an input in the design of the hair and the colours and what the hair should look like. They allowed me to and I took it running from there,” she says.

In a statement, Managing Director of Afrotex SA, Minseek Kim, said that the collaboration cames as a result of Masutha’s growing fame and acclaim.

"Afrotex could not think of a better person to collaborate with, Shonisani Masutha has broken borders, having fans from across the African continent as well as the Indian audience," he said.

“The fibre is extremely light and not heavy to wear at all. It is quite unique since there is currently no 31-inch-long braid in the market. It comes in 17 colours and is itch-free. Consumers also have the option to order the hair online and have it delivered to their doorstep,” she says.

Shonisani also revealed that all the hair from Afrotex is free from chemicals, making their braids itch-free and lightweight. Taking to her Twitter page, Shonisani posted a list of the different shops where the braids would be available.

Tell your friends to tell their friends that the #ShonisaniBraid can officially be found in stores & online at https://t.co/IFGLZMwq6R #iloveAFROTEXSA ?? pic.twitter.com/WLjqLrFc3l

We live in a world where facts and fiction get blurred
In times of uncertainty you need journalism you can trust. For 14 free days, you can have access to a world of in-depth analyses, investigative journalism, top opinions and a range of features. Journalism strengthens democracy. Invest in the future today. Thereafter you will be billed R75 per month. You can cancel anytime and if you cancel within 14 days you won't be billed.
Subscribe to News24
Next on Drum
Cannabis for hair growth: 5 products containing CBD to try for a healthier scalp and longer locs