My story: How strangers helped me become a business owner If at first you don't succeed, you have to try and try again. And sometimes dreams can change and evolve. And often the world is full of guardian angels.

These are some of the lessons that Gugulethu businesswoman Yolanda Liphuwana has learnt since matric.

The 23-year-old woman lives with her grandmother and two siblings. Even though she was so sure that she wanted to be a doctor or a nurse, she's developed a passion for hair and braiding.

She has taken what used to a hobby for pocket money and made it into a thriving business that sustains her family.

She lost her mother when she was just seven years old and her grandmother took her and her siblings in and raised them like her own.

“I did my primary and high school here in Cape Town, I was a very smart child at school, however when I got to grade 12 things became different. I did Mathematics and Physics at school and I had the desire to become a doctor or a nurse. Nursing was my second option only because I realized that my chances of becoming a doctor were slim [due to finances],” she tells DRUM.

Yolanda says that sometimes attending school was difficult as she would have to borrow money to get to school.

At times she would braid her classmates so that she can have pocket money and spare cash to get to and from school.

She ended up failing her matric.

She told the receptionist when she went to get an application that she didn't have money to study.

"He gave me a number to call, the number turned out to be the number of the Director of Y2K College. I went home and prayed again, because I believed that God can do all things.

"I called the number and a man by the name of Mr Philani answered and told me to head over to his offices to discuss my financial situation the next day, our appointment was for 12 in the afternoon, when I got to his office he was not there. I waited patiently for him until six in the evening. When he arrived, he couldn’t remember my name but he said because I had been so patient whatever I needed help with, he would assist me in,” she shares.

She was able to enroll for her matric, but she failed again.

“I attended classes and my fees were fully paid, however I failed, I was very afraid of how I was going to tell Mr Philani that I had failed after the help he had given me. I suffer from anxiety and I was very scared of what his reaction would be. A friend of mine, Mihlali encouraged me to be honest to be with him, when I told him that I had failed, he said I should attempt again this time I should change the subjects that were giving me a hard time. I attempted again and this time I passed my matric.”

Yolanda didn't qualify to study medicine or nursing and realised her calling might be somewhere else.

She says that because she could not heal people through medicine God gave her a gift to heal through her words and acts of service to people.

“Every time I did a clients hair, they would open up to me about their problems and struggles and I in turn would pray with them or pray for them when they leave they would thank me. I wanted to heal people but I did not realise that healing comes in different forms. I then accepted that I was meant to be in the business of hair and beauty. My business started booming and I was booking a lot of clients until one of them suggested I open a Facebook page, which I did and the support has been overwhelming ever since.”

She started thinking about going to beauty school, but it was too expense. Then she found a guardian angel when her friend brought in a colleague to do hair.

That person was her "destiny helper", Yolanda says.

“When the colleague my friend had brought met me, she said to me she has been assigned to me. When we started to talking, she told me that I want to study but I can't afford it and she told me not to worry about it. She offered to help me with my fees. I am studying make-up design at Face to face academy and my fees are R60k for a 1-year course. When I heard her say she would help me with my fees, I was shocked.”

“I started attending classes, which has been challenging, because I would get home from school and do my clients hair sometimes until the early hours of the morning and I would still have to attend class. In class I would be tired and sleepy, sometimes I would miss practicals because I run a business on the side.”

With the money she makes from the hair she has managed to buy a shack that she has turned into premises for her to do her to do hair and nails in. 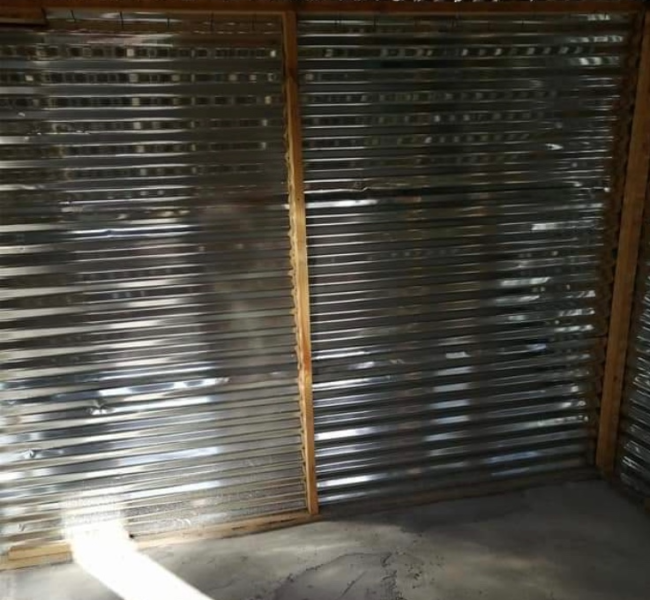 The lockdown came with challenges as she had to put her business on pause for a while, but she has managed to get back on her feet as her clients are supportive.

“I bought the shack a long time ago, however I hadn't decorated it or made it what it is today. Thando has been really helpful to me, when I was decorating the shack she told me that, eventually she will help establish a bigger and better place for my business.”

She says her business has been thriving and she has dreams of opening up her own academy, she recognizes that she could not have made it to where if it wasn’t her for the people in her life that have helped her when she had no way to fund her dreams.

“I am filled gratitude to all the people family, friends, Mr Philani and Thando Mtembu who have become my light in a world where I thought I would not strive."

We live in a world where facts and fiction get blurred
In times of uncertainty you need journalism you can trust. For 14 free days, you can have access to a world of in-depth analyses, investigative journalism, top opinions and a range of features. Journalism strengthens democracy. Invest in the future today. Thereafter you will be billed R75 per month. You can cancel anytime and if you cancel within 14 days you won't be billed.
Subscribe to News24
Related Links
Lekau Sehoana: ‘I made sneakers to survive – I didn’t think I’d one day become a sneaker...
Washing dirty shoes helped this East London dad buy his first car – this is how he did it
Beauty boss Masego Kunupi says women should be confident with or without makeup
Next on Drum
Hanged, stabbed 26 times – Mpho Chuma details her story of surviving abuse in The Woman Who Lives