Law student and Influencer Eva Modika (25) decided to go under the knife at a Sandton clinic.
Eva Modika/Supplied

One of the biggest taboos in showbiz is celebrities admitting to having had plastic surgery or work done to their bodies. Whether it be severe cosmetic surgery, Botox, a facelift, or body sculpting.

Law student and Influencer Eva Modika (25) decided to go under the knife at a Sandton clinic.

She had been planning to do her liposuction procedure for almost a year but needed to be “mentally ready.”

“I did what is called a 360 liposuction, which is done on the front and back of the body,” she tells Drum. 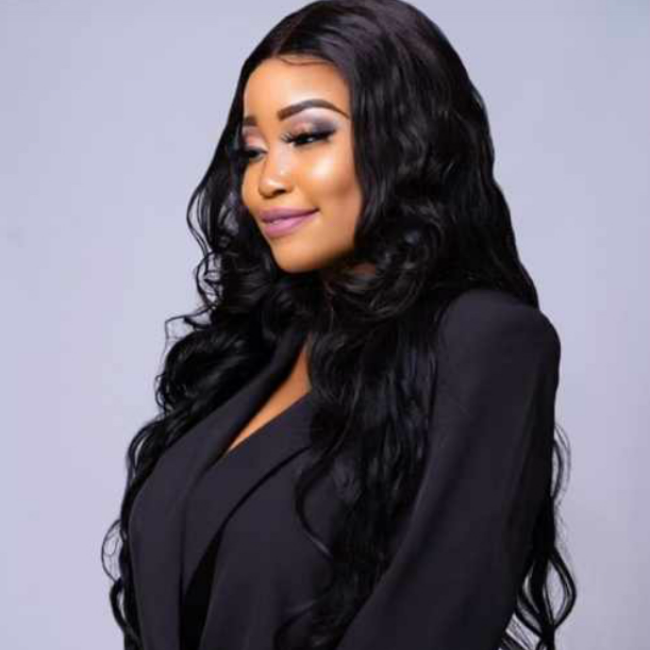 “The entire procedure costs R65 000 and I removed 1.5 litres of fat from my stomach area,” she adds.

The Pretty Much cosmetics brand owner says she did not have insecurities about her body before the procedure but wanted to sculpt it into her “dream body.”

“I am a greatly confident person. Of course, we all have insecurities or parts of our bodies that need minor adjustment and that is what I did. A tweak here and there and here I am,” she says.

“I didn’t do it because I felt fat; I wanted my body to be sculpted to the closest thing to perfection,” Eva says.

Read more | Eva Modika on going from broke to making almost R100k a month: "I've been through it all"

The Limpopo born beauty-conscious influencer has previously done dental work to fix the shape of her teeth. “Besides my teeth, this is my first major procedure. To my teeth, I did zirconium crowns that cover the teeth to support my misshapen and weak teeth. This made my teeth straight and super white,” she says.

“I believe if you have the money to fix something, you're unhappy about, go for it. People will always have something to say.”

Preparing for the liposuction was not too difficult for Eva. “I attended a few consultations where I described my vision to my doctor,” she says.

“I took numerous blood tests to know If am healthy enough to go ahead with the procedure. I did a Covid-19 test and other blood tests you usually do prior surgery.”

Eva says she had made up her mind a few years ago.

“I was ready,” she says. “There are certain areas in my body that I have been struggling to get rid of even with an intense workout. I started running and boxing, but I was still struggling,” she says.

A few months before the operation Eva cut out alcohol from her diet and changed her eating plan. “I wanted to be safe and healthy for the operation,” she says.

“I wanted to be mentally and physically strong, especially for the healing process which takes about six weeks,” she says.

“I ate healthily and did daily workouts,” she says.

A day before the surgery Eva says she was only allowed to eat until before midnight.

“On the day of the surgery I ate nothing at all, the surgery started around 9am, and by noon my doctor was done,” she says.

What she learnt from her doctor was that “liposuction carries risks, such as bleeding and a reaction to anaesthesia. Skin may appear bumpy or wavy due to uneven fat removal, poor skin elasticity, and unusual healing.”

Her only fear was testing positive for Covid-19 and having to move her procedure to a different date. “Luckily I was able to do the operation during this pandemic and be able to heal at home in peace,” she says. “For a few days, I was not allowed to drive or walk. I had to be careful not to carry heavy things and just make sure that I stay in bed,” she adds. A day before the surgery Eva says she was only allowed to eat until before midnight.
Eva Modika/Supplied Eva believes that if you have the money to fix something you're unhappy about then you should go for it.
Supplied Eva Modika/Supplied

What the doctor says

According to The Face and Body Place liposuction specialists in Melrose Arch, “A liposuction treatment is performed under conscious sedation and, local anaesthesia infusion is given in the areas treated. Small incisions are made in concealed areas to reduce the risk of scarring. Most people can return to work within two to five days with minimal bruising and swelling with assistance from special post-surgical garments. Medical certificates can be provided.”

The process is not possible in one day. “A physical assessment by our doctor followed by blood tests and pre-assessment with nursing staff is needed before the procedure date. No procedure will be done without a full consultation, assessment, blood tests, and full payment.

“Liposuction is a once-off procedure to remove stubborn or unwanted areas of fat in the neck and body. The procedure enables body sculpting and can be combined with skin rejuvenating treatments as well.

“The costs of the treatment are determined by the number of areas you want to have treated, but Medical aid does not pay for liposuction.”

Treatment can be done in the following Areas

We live in a world where facts and fiction get blurred
In times of uncertainty you need journalism you can trust. For 14 free days, you can have access to a world of in-depth analyses, investigative journalism, top opinions and a range of features. Journalism strengthens democracy. Invest in the future today. Thereafter you will be billed R75 per month. You can cancel anytime and if you cancel within 14 days you won't be billed.
Subscribe to News24
Related Links
Chrissy Teigen plans to remove breast implants she got 14 years ago to feel more comfortable
FEEL GOOD | Meet the Cape Town doctor who gives women free breast cancer surgery, she believes...
Get to know SA's first black female plastic surgeon - Dr Gloria Tshukudu
Next on Drum
'South Africans are learning to accept us, not just on Pride Month,' says gay cross-dressing sangoma