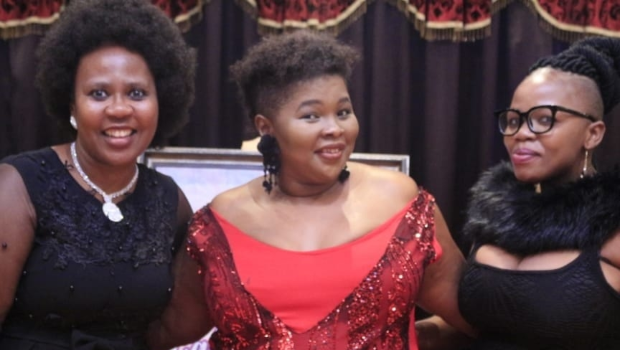 Zinhle Ngidi founder of Izidudla Eziythandayo (Fat girls who love themselves) is beaming with pride that she started the club that empowers plus size women.

She started a Facebook page for the club which has amounted over 12 000 likes.

She says she faced challenges as a plus size woman and started a Facebook page to express herself and it caught like wildfire and now has just over 12 000 likes.

“People began commenting on topics I would put up there. I saw that this is an issue. The page grew so fast I was shocked,” she shares.

Being a plus size woman herself, Zinhle says she’s learnt from the other ladies.

“I have never been thin in my life. I grew up in a family with big people. The way I was raised made me believe in myself no matter what. That’s why I started this group. I thought I could share that confidence with everyone else,” she says.

The Durban-born woman says she just wants plus size women to be comfortable in their bodies and be confident.

“I want plus size women to be able to express themselves anyhow,” she says. Zinhle shares that one of the big problems about thick women is low self-esteem.

She is the first to point out that this is not a pity party club but women are being afforded a platform to express themselves without judgement. This enables them to assert who they are in society and take their space.

“People come to our events with low self-esteem but leave, confident and comfortable with themselves. We give a chance to them to assert who they are and adopt a healthy lifestyle,” she says.

The club is a lifestyle club that empowers plus size women to live healthier lives. Zinhle says it’s not only about health issues but also their finances, family life and everything that affects them.

During their events they invite speakers who will equip the women with the necessary information to lead healthy lives.

“It’s not only about health issues but everything that affects us. I hope the ladies will understand that they need to take care of themselves and eat healthy too,” she says.

Zinhle says it costs R200 to join the club and that money goes towards the club’s branded T-shirt. You must be a size 38 and over to join.

Even though it started in Durban, it is also in places such as Johannesburg, Cape Town and other small towns. Each region is able to host its own event but there are national events that are held and all members can attend at once.

Their next event is a Gala Dinner in December but says details will be communicated through their social media platforms.