When you are unfairly dismissed at work 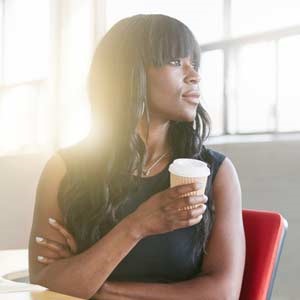 THABANG Monareng* had been working for a steel manufacturing company for four years as a contractor. He recently found out that his contract which is due for renewal at the end of March will not be renewed and is devastated. “I always thought that my job was secured so I never bothered to apply for other jobs so now I feel betrayed and wonder if my employer will be dismissing me unfairly,” says Thabang, who wants to find out what he can do about his situation.

DISMISSAL IS UNFAIR IF:

¦ A worker intended to or did take part in or supported a strike or protest; or

¦ a worker refused to do the work of a striking or locked out co-worker, unless his refusal will endanger life or health; or

¦ a worker is forced to accept a demand; or

¦ a worker intended to or did take action against an employer by exercising a right; or

¦ a worker is pregnant or;

¦ an employer cannot prove a worker’s misconduct or inability; or

¦ the proper dismissal procedure was not followed.

After five-and-a-half years of service at a company, Andrew Matlala* was allegedly unfairly dismissed. Shortly before the dismissal, Andrew was promoted to an operations manager position. The team had promised Andrew full training in his new role but this did not happen. He was also denied certain powers in his position. “I couldn’t access certain files and information even though I needed them to perform my core duties,” he says. The company then said Andrew was not performing his duties as expected, even though he was not trained for his position. “I was given an ultimatum; they either put me in performance review or I resign,” he says. “I resigned because going to work become unpleasant. They had built a case already against me regarding my work performance. I felt I had no chance against them.” But legal manager at Bidvest Prestige, Varusha Naidoo, advises that an employer has a duty to provide reasonable training and guidance to the employee. “An employer may only dismiss an employee should the employee not reach the target set despite the training and guidance provided,” says Varusha. Because Andrew signed a mutual separation agreement, the Commission for Conciliation Mediation and Arbitration (CCMA) does not have the jurisdiction to hear his matter. He must approach the Labour Court for the relief he seeks.

I WAS UNFAIRLY DISMISSED, WHAT'S NEXT?

Employees have the right to refer their alleged unfair dismissal disputes to the CCMA within 30 days from the date of dismissal. “The employee will be requested to complete aform providing details of the alleged dispute and the relief that they seek,” says Varusha. She says relief may include, compensation, reinstatement or re-employment. Upon completion, the form must be delivered to the employer and the CCMA will schedule a date for the hearing. “The first hearing between the parties is an informal one, where the commissioner will try to settle the matter amicably. This process is referred to as ‘conciliation’. If no settlement can be reached, the commissioner will issue the parties with a certificate of non-resolution and the referring party may then either refer the matter to arbitration or to the Labour Court,” Varusha says. “The arbitration process is a more formal one.  The parties are provided with an opportunity to present their evidence and call witnesses. The arbitrator will make a decision about the matter within 14 days and it will be communicated to both parties. This includes the appropriate relief for the employee, if any.”

We live in a world where facts and fiction get blurred
In times of uncertainty you need journalism you can trust. For 14 free days, you can have access to a world of in-depth analyses, investigative journalism, top opinions and a range of features. Journalism strengthens democracy. Invest in the future today. Thereafter you will be billed R75 per month. You can cancel anytime and if you cancel within 14 days you won't be billed.
Subscribe to News24
Related Links
Retrenchment a declaration of war on decent work - Nzimande
Next on Drum
Trying to negotiate a better salary? Here’s how to know if you’re being paid enough