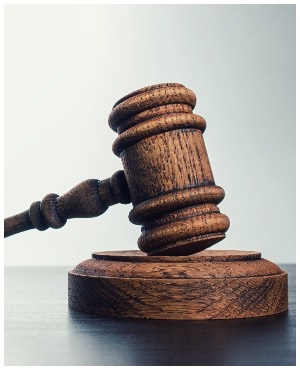 The Inkanyezi Regional Court handed down a life sentence to a 45-year-old father yesterday after it heard accounts of how the man raped his 12-year-old daughter in Mamba, Mbongolwane in KwaZulu-Natal.

The court heard accounts of the incident, which happened on 13 October 2018. It is alleged that the accused sent his wife to buy ingredients to make sorghum beer.

While away, he called his daughter, who at the time was playing with her siblings outside, to his room.

When she came inside her father allegedly overpowered her, covered her mouth and then raped her.

After the incident, the accused instructed his daughter not to tell anybody of the incident and in fear of her father, the girl agreed.

It was only the following day that she got the courage to tell her mother, detailing to her the events that transpired while she was in town, KZN SAPS national spokesperson Colonel Thembeka Mbele tells DRUM.

KZN provincial commissioner Lieutenant General Khombinkosi Jula thanked detectives and all stakeholders who played a role towards ensuring the accused was prosecuted.

“It is very comforting to know that this monster is behind bars where he belongs. The sentence meant out to him by the court sends a clear message that crimes against our women and children will not be tolerated,” he said.

Upon finding out what happened to her daughter, the mother took the girl to Mbongolwane Police Station where a case of rape was opened and the docket transferred to the Eshowe Family Violence, Child Protection and Sexual Offences Unit for further investigation.

Intense investigation and evidence played a key role in the conviction of the accused.