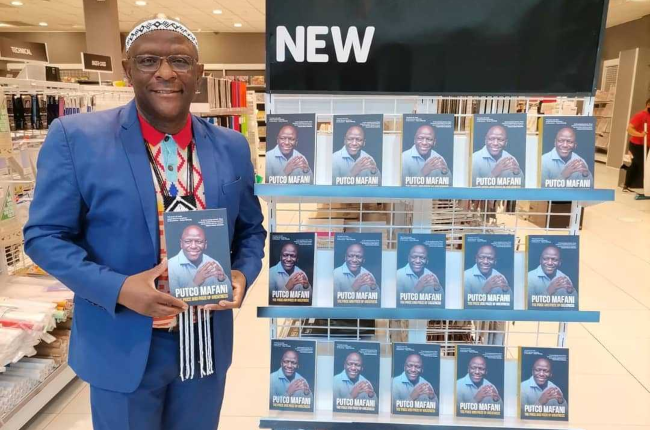 Putco Mafani infront of a bookstand shelved with his book titled, The Price and Prize of Greatness.
Putco Mafani/Supplied

When he recently appeared in Robert Marawa's show to promote his new book, he had no idea the kind of social media backlash he would be unleashing.

He spent most of his life as a radio jock and South Africans have been privy to his public life, but now he wants to share parts of himself in his new book, titled Price and Prize of greatness.

Read this for free
Get 14 days free to read all our investigative and in-depth journalism. Thereafter you will be billed R75 per month. You can cancel anytime and if you cancel within 14 days you won't be billed.
Subscribe
Already a subscriber? Sign in
Next on Drum
Gogo of Orange Farm kids killed in tavern-owner linked murders hopes the woman will get harsh sentence