Lucia Ndala is heart broken over the loss of her three children at the hands of her ex-boyfriend.

This story was first published in the Drum print edition.

It was an ordinary Sunday night for the single mom and her three children, and she spent the evening playing and laughing with the kids before tucking them into bed.

Little did Lucia Ndala (27) realise it would  be the last night on Earth for her beloved children, Thabang (11), Amogelang  (3) and sweet little Lebogang (1). Less than 24 hours later all three children would be dead, murdered by Lucia’s ex-boyfriend, Tebogo Mojutu (29), the father of her youngest child.

He then took his own life too. Tebogo hanged the children – and the harrowing image of their dangling  bodies is one that will haunt Lucia for the rest of her life.

A weeping Lucia says she wishes she  could turn back time.

“I would delete the  part of my life where I met him. My children were my world and he knew it. He  took away everything I lived for. It feels  like a horror movie but it doesn’t end. He killed my children in the most brutal  manner,” she told SowetanLive. The fathers of her two older children  are also distraught, she tells DRUM, and  don’t know “how to handle the situation”.

“As for me, I am physically alive but  dead inside. All I can do is forgive and free the spirits of my children. Having  seen the scene, I have no one to be angry with. He’s gone and so are my children.  I forgive him. I can’t be angry with his family, they didn’t kill my children.”

Tebogo’s brother Johannes, who was  the first to arrive at the grisly scene, said  his family was shattered by the deaths.  “My brother never spoke about his  problems. He had tried to kill himself  twice before – the last time was in March when he took poison. We are devastated  because we know he loved these children,” he said.

Tebogo worked as a driver transporting schoolchildren in Soshanguve north of Pretoria and Lucia’s kids were among his regular passengers, the grieving mom says.

He arrived at the home Lucia shared with her children the morning of that  fateful day, 27 May, to pick the kids up. He spent a few minutes with the children, then left. Lucia popped out on an errand and when she returned a neighbour told her Tebogo had come back to her house and taken her children with him.

“My neighbour said she was worried about the youngest one because she  could see she wasn’t fully dressed and it  was cold out. I called and asked him why he’d taken the kids and he said he  was taking them out for pizza because they’d asked for it. He promised to return them soon.”

Lucia asked where they were going for pizza so early in the morning as most shops and restaurants open only at 9am. He assured her the children would be home shortly. That conversation was enough for Lucia to hurry to the police station to tell them he’d taken her children without her permission and to get a protection order against him.

On her way to the police station, she called him again and he said, “How would you feel if I killed myself and the children?”

“I told him I would be hurt but I knew he would never kill my children because he loved them too. Thabang (11), Amogelang (3) and sweet little Lebogang (1) were all killed by Tebogo Mojutu.
Supplied 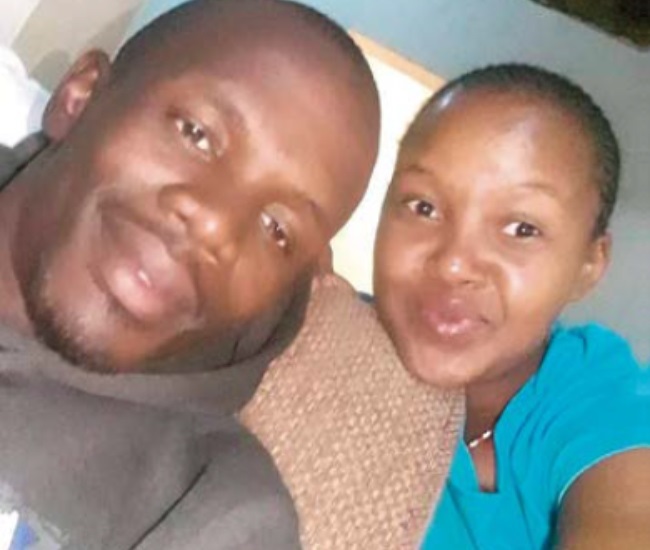 “He then said, ‘I wish I could make  you feel the same pain you’re causing  me when you say you no longer want to me to take them for school and day care.

“I told him they weren’t going to school that day because Thabang wasn’t writing exams and the two little girls weren’t  feeling well. He asked to see them anyway and I let him,” Lucia recalls.

Tebogo called Lucia again, demanding an answer to his chilling threat. “I told him there was nothing I could do, I would just be hurt if I found out he’d killed my children. He said, ‘Okay,  just know I’m going to kill myself with  the children'.”

The worst was to come. Tebogo handed the phone to the two older children. “Mama, I love you,” each  child told her. She could hear Lebogang repeatedly calling for her in the background.

The police were too late. Johannes arrived at the family home shortly before the police and found all four of them, hanged in Tebogo’s bedroom. It’s believed the kids had been poisoned first.

Lucia met Tebogo in 2016 and they clicked instantly. “He seemed like a really good man. He was aware I  had two children with two other men and he accepted my situation,” she says.

Lucia got on well with Tebogo’s family and she and her kids moved in with Tebogo and his four siblings in Block W  in Soshanguve. The couple later had a child of their own, little Lebogang. Things started to sour when Tebogo began cheating on  Lucia and hitting her.

“We’d argue about his affairs and he would beat me for asking questions. He’d apologise and promise to change, but that never happened,” she says.

She and her children moved out in February to take care of her sickly aunt, who had helped raise her.

“He accused me of leaving so I could cheat on him. After my aunt passed away, he beat me badly and tried to strangle me. I still have marks on my neck from the incident. That’s when I decided I’d leave him because I believed he was capable of killing me. In April I called it quits for good.”

After that, Tebogo would threaten her.

“He’d say things like, ‘One day I’m going  to kill you and the children.” Tebogo tried to commit suicide soon after Lucia’s aunt’s funeral, Johannes says.  “He took rat poison after the funeral  and called Lucia to tell her what he’d done.”

Lucia called Johannes who found Tebogo and took him to hospital. He went for psychological counselling once he was discharged, Johannes says.  Now his family is battling to understand  Tebogo’s terrible deed.

“We have so many questions and no one to answer them. He should have asked for help instead of killing himself and these innocent children.” Tragically, it’s way too late now.

Attempts can be caused by traumatic life events, including the death of  a loved one, separation from a partner or  losing your job.