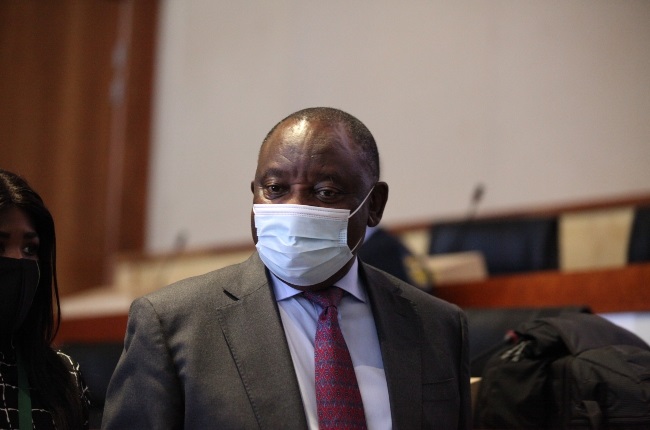 South Africans have heard testimonies from ministers, from business leaders and a former wife.

The testimonies have ranged from explosive to lukewarm and viewers haven't been shy about sharing their views on social media.

So when President Cyril Ramaphosa appeared at the Commission of Inquiry into State Capture, chaired by Deputy Chief Justice Raymond Zondo, they were ready for fireworks.

And some were just not impressed.

Read more | How did Ramaphosa fare at the Zondo Commission? We ask 3 experts

He appeared in his capacity as the African National Congress president in order to "help the state capture commission in anyway possible", he said.

He spent the two days giving evidence and testifying about a range of issues, such as the party's cadre deployment policy and donations to his presidential campaign.

Author Sizwe Mpofu-Walsh shared his displeasure with the president's testimony in a series of tweets.

Today’s testimony is not about how much you like President Cyril Ramaphosa. It’s about holding the ANC accountable as an institution for decades of deceit and destructive corruption. And that accountability must be pursued unapologetically and aggressively. #StateCaptureInquiry

Another user felt like the commission was too soft on the president.

Others called out the inquiry for allegedly being biased.

The #StateCaptureCommission is a joke and an insult to our intelligence as a nation, they are not even trying to hide their bias anymore.

There were some who were pleased with what they heard.

I must commend President @CyrilRamaphosa for being so open, truthful and upfront with information on the @StateCaptureCom thus far.

He prepared some beautiful
Opening remarks and he is clearly well versed with the ANC's finer details.