Baby born with three legs, two penises and no anus will live a normal life 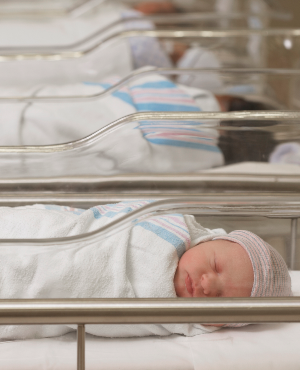 Doctors advised her to abort her baby after they discovered an abnormal appendage during one of her pregnancy scans. But the mother from Moscow in Russia refused, and her baby was born with three legs, two penises and no anus.

Now, doctors in Moscow who have since successfully operated on the baby, are confident he will live a normal life.

The third leg, which was in between the infant’s two normal legs, appeared to have two heels which led the medics in Moscow to believe it came from a twin that did not fully develop in the mother’s womb, Daily Mail reports. The baby also had two sets of genitalia, with two urinary organs, which urologists removed during surgery in February this year.

According to Mirror the unidentified Russian mother had a natural birth but because the baby did not have an anus urgent surgery was necessary to allow the infant to defecate.

A month after he was born his middle leg was removed by one of Russia's top paediatric surgeons, Professor Yury Sokolov, who was aided by Dr Evgenia Kartseva at Holy Vladimir Children’s Hospital in Moscow. A source explained that the child, who is now 14 months old, has been given a chance at a normal life after the surgeries.

“The middle leg had two heels. These had to be two boys, but in the womb it turned into just one baby. The boy is 14 months old now. He is walking and looking around at the world. He is curious,” he said.

One more operation is needed to allow for the normal use of the anus, the medical team said.