Condolences pour in for the late Lulu Dikana 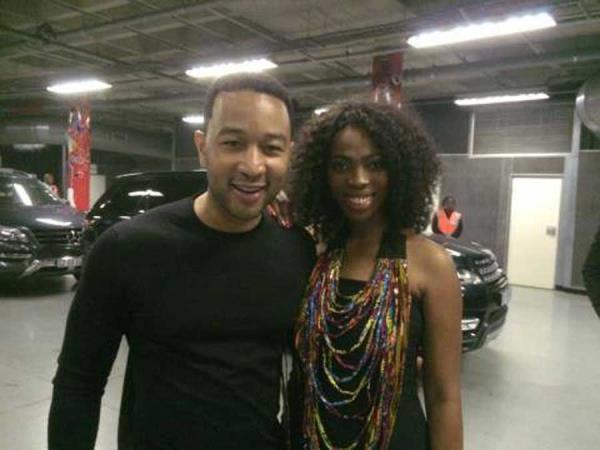 Songtress Lulu Dikana's death has touched a lot of people, including some celebrities as well as American singer John Legend who Dikana met recently when she was opening for his All of Me SA Tour. Legend tweeted his message of condolence to the Dikana family after hearing the news of her passing yesterday. He was also joined by other South African celebrities like Lira, Lehasa Moloi, Minister Fikile Mbalula and Simphiwe Dana. Read the tweets below. Lulu was 35 at the time of her death and had just released her third album I Came to Love. Watch Lulu speak about what I Came to love means and being chosen by John Legend to be his opening act for his tour;

We must never forget the shining star #luludikana a true legend in the making #RIPLuluDikana pic.twitter.com/hTZwwdfJ1S — Lehasa Moloi (@Hasaling) December 4, 2014

So sad to hear of the sudden passing of @LuluDikana, who recently opened for me on the #AllOfMeTourSA. My condolences to her family & fans — John Legend (@johnlegend) December 5, 2014

My heart goes out to Lulu Dikana's family at this difficult time. May she rest in peace. — Firebrand (@simphiwedana) December 4, 2014

Rest in peace angel. @luludikana. My heart goes out to her son and Sister @Zonke. We lost an awesome vocal... http://t.co/AyJamnPlmM — LIRA (@Miss_LIRA) December 5, 2014

We join all SAs in conveying our deepest and heartfelt condolences to the Dikana family on passing away of their daughter Lulu Dikana #RIP. — RSA Min of Sport (@MbalulaFikile) December 4, 2014