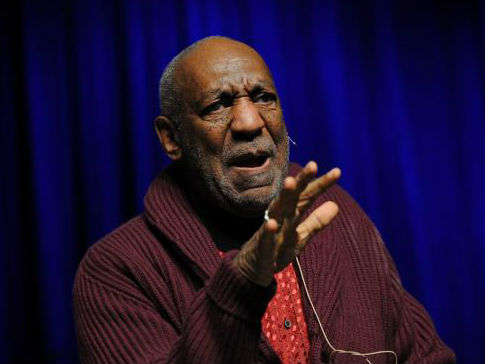 The lawyers said in a legal brief they plan to file their motion to dismiss by Friday.

The women argue that Cosby publicly branded them as liars through statements by his representatives. They seek an unspecified amount of money for compensatory and punitive damages.

Their lawyers have said the civil action also allows them to have their allegations heard since criminal statutes of limitation have expired. Cosby has denied wrongdoing and hasn't been charged with any crime.

Cosby, who starred as Dr. Cliff Huxtable on "The Cosby Show" from 1984 to 1992, has canceled or postponed more than a dozen shows on his comedy tour amid allegations by numerous women that he sexually abused them.

The Cosby team's statement that it will ask for the lawsuit's dismissal came in a status update filed jointly by Cosby's lawyers and lawyers for the three women. The sides have been in talks this month to resolve a number of issues related to the lawsuit, according to the filing.

Cosby's motion to dismiss will deal with "any issues that by that time have not been resolved through conference" between the sides, says the brief, which proposes other deadlines in the case.

Lawyers for the three accusers, for example, would have until March 20 to file a reply to Cosby's motion to dismiss. Cosby's lawyers would then have until April 8 to respond to that.

A lawyer for the three women said Cosby's motion to dismiss isn't a surprise. Lawyers for Cosby didn't immediately respond to requests for comment.