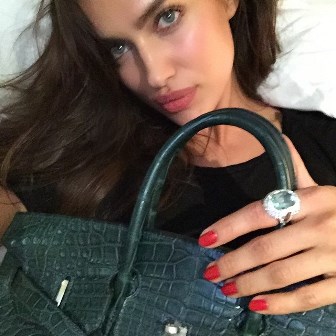 Ronaldo says on Tuesday in a written statement to The Associated Press, "After dating for five years, my relationship with Irina Shayk has come to an end.

"We believed it would be best for both of us to take this step now."

He says he is making the statement to end speculation about their relationship and his private life.

Ronaldo recently picked up the Ballon d'Or after being voted the world's best football player, but Shayk did not accompany him to the ceremony in Monaco. Her absence triggered rumors that their relationship was over.