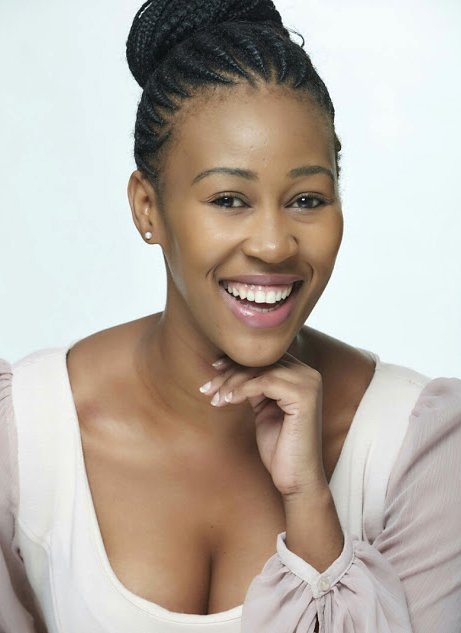 She plays the role of Mabuyi, a naïve, village girl with a passion for building the community on the Mzansi Magic’s Isibaya.

But unlike Mabuyi, Samukele ‘Samke’ Mkhize is no country bumpkin and would never fall for a married man.

Where do you come from and how was your childhood?

I was born at King Edward Hospital in Durban and I grew up in a village called Maphophoma, in anger/Madundube, Kwazulu-Natal.

My grandparents were both pastors, and we were very involved in church activities. People who were either sick or seeking God always occupied our home. As for the family, every day we had at least 3 church services but my brother and me only attended two since we had go to school on weekdays.

Growing up I was a quite child, not because I was shy but rather very observant of other people’s behaviours and personalities. I was very respectful because of the way my grandparents raised us. I was good in sports, I think it’s because that was the only time I got to have fun.

How did you land the role of Mabuyi on Isibaya?

I was in Johannesburg visiting a friend. I heard about auditions happening in Durban for a new series called ‘The Road’, the next morning I flew back to Durban and did the auditions. All went well but I never made it to the final cast.

A few months later as I waited hoping that a role would come up for me on the series, the casting director for Bomb Productions Kutlwano Ditsele phoned me and told me there was a role that they thought would be perfect for me, and that was how I got to play Mabuyi on Isibaya.

What do you love about playing Mabuyi?

I love the fact that my character challenges me. Mabuyi is the girl we all love to hate. Sometimes I read the script and think, “Oh Gosh, I would never do or say something like this.” And that always requires me to be truthful and get into the character's mind so that I’m able to understand the situation and the reasons for doing what they do.

Do you have anything in common with Mabuyi?

When portraying a character you always need to find some similarities. I am very respectful and I always see the good in people even if sometimes goodness lacks, like Mabuyi. But I am not as patient as she is and unlike her, I am not into married men or polygamy.

When did you start acting?

In 2006 I was part of an amateur drama, music and dance group in KwaMashu, KwaZulu Natal, where I met the Artistic director of the community Art Centre Mr Edmund Mhlongo. I remember him saying I have potential. He then started grooming me, and by the end of 2008 I landed a role in one of his ground breaking musicals called Madame President Musical.

I played my first Leading role which lead me to my recognition in the acting industry. I received two nominations for the Mercury Durban Theatre Awards for Best Newcomer and Best lead actress in a Musical.

I believe that was when I made my mark. Until today, some people still call me by the character I played, “Madame President.”

I have always believed that

I would become a musician. After the performance of the Madame President Musical as I walked to take the last bow, the satisfaction, joy and remembering the journey of preparing and rehearsing for the show, how hard it was but more importantly how it healed some of my personal scars and of course how it was the best time of my life and the only time I had done something meaningful besides finishing High School.

Not many families see acting as a serious career, mostly because of the inconsistent pay-cheques. How is your family?

I have a very supportive family. I am a go-getter, (most of the times) and the goals I have set for myself, I have achieved. I have been lucky to have received great mentorship personally and professionally, so I have been able to adjust to life and its challenges very well.

Where do you see yourself in the future?

For now, I am looking forward to growing in front of the camera and becoming a household name. I see myself involved in big movie projects in Africa and abroad. I also see myself unpacking some of my other talents as time goes by but my ultimate big dream is to one day have my own Production Company.

Watch Isibaya every weekday on Mzansi Magic, channel 161 on DStv.

#Mood!!! Happy BirthDay to you hun @nomzamo_m Best wishes all the way! God bless your soul!

As we wrap today! With the man of the moment Not sure if I shld be feel scared or very safe... #MabuyiDlamini #QaphelaNgwenya #Onset. #Actors #Isibaya #mzansimagic @Abdul_khoza A photo posted by Samukele Mkhize (@samukele_mkhize) on Jun 23, 2016 at 9:36am PDT