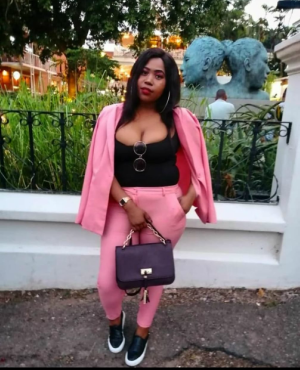 We're in the second phase of a national lockdown–following a two week extension, with the possibility of another extension– amid the fight against Covid-19.

Although spending time with family is priceless, many find themselves having to spend more time with loved ones than they normally would throughout the year. For Ziyanda Kibido, this is reality.Ziyanda is a civil engineering student at the Mangosuthu University of Technology and was forced to evacuate her residence to return home to Khayelitsha, Cape Town. She shares that living in a household with five adults, including herself, and six children has been challenging.

Read more: Reflections on lockdown: South Africans around the world speak about their experiences

“I do enjoy spending time with my family as I never get to do so this much during the year, but I must admit it’s hard to live with four adults and six children under one roof,” she says.

“We don’t have playrooms and children can’t play inside the house because as adults we want to sit peacefully in the house, so because of that they are forced to play outside in the yard,” Ziyanda tells Move!.

She says there are many challenges they face as a family, but food is the biggest one.

“Food is disappearing in this house, as the children are hungry all the time and we have to buy food in bulk. But because there are so many of us, the food runs out very fast and the money is running out too”.

“We cook three times a day but the children eat more than that and snack in between.”

The 27-year-old says the difficult part about the lockdown is having to go grocery shopping at the nearest supermarket or food store. “You have to wake up early and make sure to leave the house at 5am as the queues at these food retailers are long and tiring, and we spend almost all day grocery shopping.”

Ziyanda also shares that these are moments she cherishes and does not take them for granted as the time she spends with her family is important, although she can’t help but feel that sometimes the house is overcrowded. She says being home has given her and her family the time to bond with one another in ways they’ve never known before.

“This time has given my family the urgency to grow closer. As adults, we are learning so much about the children, and we are starting to see where we lack and how we can be better present in their lives,” she says.

Lockdown has given her family time to reflect and to connect with one another and despite the house being overcrowded, they all enjoy each other’s company.