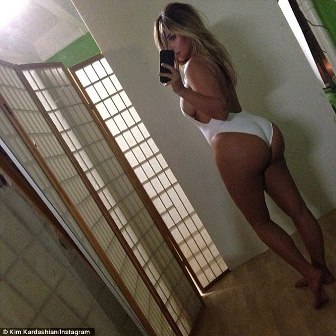 Kardashian - who has 17-month-old daughter North with husband Kanye West - doesn't understand why her team of helpers are never very impressed with her generous present.

A source said: ''Kim's always offered free cosmetic enhancements and, rather than spending an money on her nannies, personal assistants, maids or cooks, Kim's been doling out gift cards to Botox clinics. ''Most of the time they say thanks but no thanks. ''

The freebies are worth more than R5,000 so Kardashian has no idea why her employees don't think of the gesture as more thoughtful.''

Meanwhile, Kardahsian is looking forward to ''pigging out'' on Christmas Day  - with a single roast potato. The source told Heat magazine: ''Kim's saying that after a year of working out and dieting, she's really looking forward to pigging out - by which she means she'll allow herself to have one roast potato at dinner. That's what happened last year, she literally had one potato, turkey and some salad.''