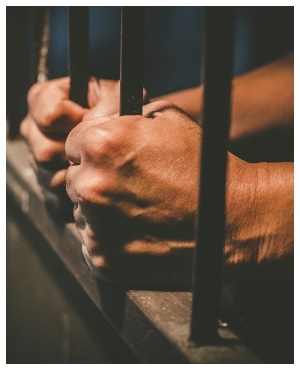 The Scottburgh Regional Court handed a hefty six term life imprisonment sentence to a man who raped multiple girls in the KwaMgayi Reserve in Sawoti, Kwa-Zulu-Natal.

The 45-year-olds sentence constitutes of six terms of life imprisonment for rape, five years for possession of unlicensed firearms in addition, his name has been registered with the National Register for Sexual Offenders.

Speaking to DRUM KZN police spokesperson Colonel Thembeka Mbele said the accused sexually violated six young girls between the ages of six to 13 in 2017 in Sawoti.

His method was to lure his victims to his home, rape and then threaten to kill them if they told anyone about the incident. Mbele further explained how the accused would at times offer the victims a R2 bribe for their silence.

“His secret was revealed by one victim during an argument with another victim. An older relative who was with them overheard the argument and questioned them. They informed her that the suspect had raped them.”

The matter was reported to Sawoti police and the docket was transferred to the Port Shepstone Family Violence, Child Protection and Sexual Offences Unit for further investigation. Four other victims came forward and the accused was arrested and charged. He made several court appearances until he was convicted and sentenced” said Mbele.

Speaking in light of the sentencing KZN Provincial Commissioner, Lieutenant General Khombinkosi Jula said such a sentence was fit for someone who misuses the trust children have for adults.

“The pleasure we experience when the law takes its course is indescribable. We welcome the sentence handed down to the accused who abused the trust of children for his own vile reasons. It is sad when the people trusted the most by our children turn out to be monsters. This sentence is especially welcomed as we observe 16 Days of Activism” Jula said.