“LootLove has never been my side chick” –rapper Reason 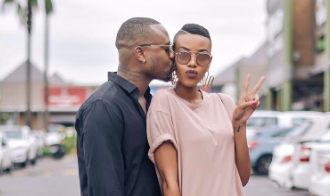 After almost a year of denying the relationship, rapper Sizwe “Reason” Moeketsi comes clean and addresses his relationship with Luthando “LootLove” Shosha.

When Reason and wife Mosa got divorced after 7 years of marriage, it was alleged that the Katlehong raised rapper had cheated on his ex-wife with TV and radio personality LootLove, and that she was the cause of his divorce.

On Sunday, Reason broke the silence by taking to Twitter to set the record straight.

“OK fine, I've had it. It’s time to address you opinionated humans who talk a lot of trash with no facts. First of all; LootLove has never been my side chick, never. No one took anyone from anyone. Let it go. All my 7 years of marriage she has always been someone I know and respect in the industry,” said Reason.

“My break up with my ex Wife came almost a year and a half before my relationship with LootLove as neither of us were ready. Since the beginning of our relationship, I've never felt need to explain my position because it has nothing to do anyone. Really,” Reason went on to say. Reason said he made an album titled Girls based on his interactions with girls to search for love and answers about his previous relationship. “The reality is. We are both popular. And the bullshit y'all feed gets to a point where it may affect my kids on a normal day at school. Since the outburst, LootLove has remained silent.