Man owns over 600 Move! magazines says he can't get enough 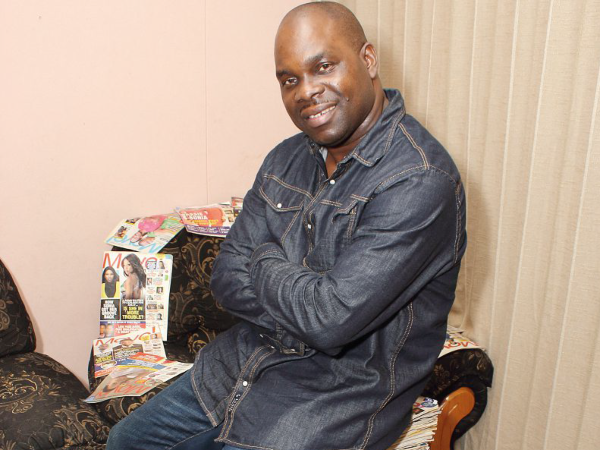 He’s been teased about it, some have questioned his loyalty and a few have even tried to take his passion away. But none of that matters to Bernard Era (41), a man who often faces ridicule from friends over his love of a ‘women’s magazine’.

Nigerian-born Bernard is a die-hard fan of Move! and nothing will ever convince him to give up his addiction. He’s been buying the magazine for over 10 years. He’s got over 600 copies of Move! in the Pretoria flat he shares with his son, Khumo (10). Three steps into his flat and we seethe first of his collection on top of his kitchen counter while the rest are scattered around the flat.

Buying a Move! every week isn’t just a habit, it’s pure love, Bernard tells us. He tells us how it all came about. He moved to South Africa in 1998 with aspirations of getting into the clothing business. But it wasn’t easy making dreams come true in a foreign country.

“I became a security guard at a hotel just so I could pay rent at an apartment I was sharing with a friend and to put food on the table,” he says. Five years later, he’d saved enough to finally start doing what he loves –selling clothes. It was around this time that he fell in love with a woman who “swept me off my feet”, the mother of his first-born son, Prince (17).“She always bought the magazine and I found myself reading it all the time. I would wait for her to finish reading it and take over,” he says.

When the relationship ended and they decided to go their separate ways, Move! stayed, and Bernard has been a loyal reader since then. In 2016, Bernard had to go back home to Nigeria after the death of his parents due to ill-health.

He was gone for a month, but he made sure he didn’t miss even one edition of Move!. “I asked my son to make sure that every Friday, a copy of Move! was purchased,” he says.

WHY HE LOVES MOVE!

He has a few features he looks forward to. The faith pages are his favourite to read. On Sundays, he attends the Rivers of Living Waters Ministries in Evaton, south of Joburg, led by Bishop Stephen Zondo. “I try to be a good person as much as possible,” he says. Another favourite page is the relationship side. Although he is now single, he says he will know how to relate better to a woman once he finds the one.