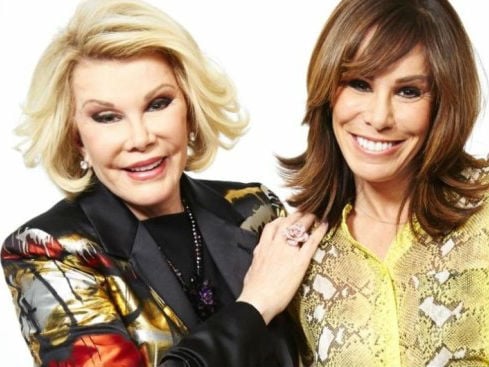 Melissa Rivers, daughter to the late famed comedienne Joan Rivers, is said to be taking legal action against a throat specialist who was allegedly not authorised to practise at Yorkville Endoscopy Clinic in Manhattan.

Dr Gwen Korovin was said to be operating on Joan when she died after going into cardiac arrest caused by the routine endoscopy, taken to assess the reasons for her sore throat and soreness.

The clinic’s director, Dr Lawrence Cohen, stepped down following the death of the star aged 88.  It is believed Dr Korovin has continued working and accepting new patients at the practice.

A friend to the Rivers family said the matter was a tough one to discuss: “Melissa does plan to sue the clinic. It’s very difficult to discuss something so unpleasant with her, but she is going to launch a lawsuit.”

According to CNN, clinic workers claim both Dr Cohen and Dr Korovin were treating the late star in the hours leading up to her death. Dr Korovin performed an initial laryngoscopy followed by an endoscopy.

Dr Cohen ordered Dr Korovin to perform a second endoscopy and laryngoscopy – during which Joan’s vocal chords are said to have swollen, cutting off the oxygen supply to her lungs and leading to the cardiac arrest that killed her.

Melissa claims Dr Korovin was unauthorised to do the procedure and was only meant to observe Dr Cohen because she was not certified to practise by the clinic.

The clinic has denied reports that the biopsy was performed.