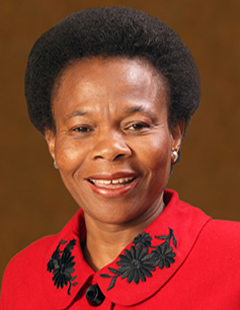 Former mineral resources minister Susan Shabangu was aware of the strike-related unrest at Lonmin's platinum mine in Marikana in August 2012, the Farlam Commission of Inquiry heard on Tuesday.

"If I said I didn't know, I'd be telling a lie to the commission," Shabangu said at the public hearings.

She explained, however, that her department had asked the Chamber of Mines to intervene by getting all affected parties together for talks.

"We regarded it as a labour matter," said Shabangu, adding that it was a cause for concern for all South Africans.

"We didn't become involved in the initial stages."

Shabangu said Deputy President Cyril Ramaphosa, who at the time had interests in Lonmin, told her he was concerned by her and the government's silence.

"I said we are not silent," she said.

She arranged to meet Ramaphosa on August 15, 2012, in Cape Town, on the sidelines of another meeting.

The commission, chaired by retired judge Ian Farlam, is investigating the deaths of 44 people during the strike-related unrest at Lonmin's platinum mining operations at Marikana, near Rustenburg in the North West in August 2012.

Thirty-four people, mostly striking mineworkers, were shot dead in a clash with police. Over 70 were wounded and over 200 were arrested on August 16, 2012. Police were apparently trying to disperse them.