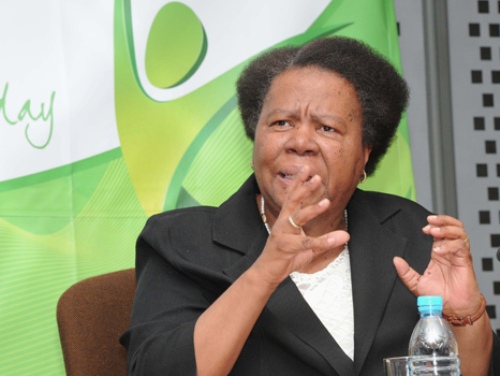 Despite the high number of students enrolling in engineering each year not enough of them go on to work in the industry, Science and Technology Minister Naledi Pandor said on Monday. Around 1500 BSc Eng and B Eng students graduated from the country's universities yearly, but only half practised as engineers.

"A lot of them go on to work in banks and other financial institutes. In any case, we need to quadruple the number of graduates, so that we have a larger pool to draw from," she said.

She was speaking at the launch of the United Nations Educational, Scientific, and Cultural Organisation Africa engineering week at the University of Johannesburg.

The shortage of engineering professionals meant there were not enough available for ongoing work, she said. Also, work that required engineering decisions was being done without competent engineering input.

"The lack of engineering capacity hampers South African development, resulting in a decline in the labour market, a decrease in the contribution of the agriculture and mining sectors to [the Gross Domestic Product], and an increase in demand on the engineers with manufacturing and services-related technologies," she said.

Surveys showed the country had fewer engineers than doctors, which was true for most developing countries.

Pandor said there was a link between engineering infrastructure and economic growth.

"More engineers than doctors in a country indicates that adequate infrastructure supports public health and social welfare. In fact, we have twice as many doctors as engineers," she said.