Police on a mission to crack the illicit tobacco trade 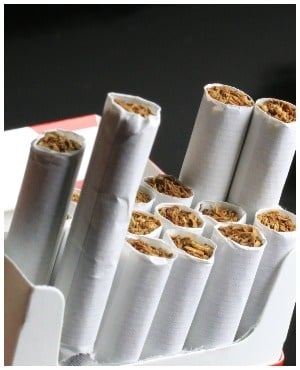 Trade of counterfeit cigarettes sold at a low price knocks off R7 billion from the country’s tax base.

Police minister Bheki Cele’s spokesperson, Reneilwe Serero, told DRUM vendors sold some of these cigarettes in their shops and on the streets.

“People are selling these cigarettes in the streets and in their shops at a very lesser price. So how are they paying tax? Because it’s a criminal offence.”

Cele, who was addressing the media at the Tembisa Police Station, confirmed that illicit tobacco trading had registered the highest sales of counterfeit goods and crippled the government’s tax base by draining out billions.

The Tobacco Institute of South Africa (Tisa) told DRUM that the actual counterfeiting of cigarettes was negligible. The vast majority of illicit cigarettes sold in South Africa are duty-not-paid.

In other words, it’s a genuine product produced in registered cigarette factories within the borders of South Africa on which the necessary taxes haven’t been paid. Currently, the minimum collectable tax on a pack of 20 cigarettes is R 17,85 (R15,52 excise tax plus 15% vat on the excise tax of R2,33).

According to The Citizen, Cele briefed the media that a packet of cigarette was taxed R17,50, meaning vendors who sold cigarette packets at R10 would have to account for the R7,50 shortfall.

Tisa believes National Treasury, together with Sars, should consider a policy which will prohibit the sale of illegal tobacco products under existing tax rates.

Tisa though believes they are on track and can be able to tackle the situation at hand affecting the tax base of South Africa.

“We are extremely encouraged by statements made by the acting commissioner of Sars and also by the honorable minister of police that the illicit tobacco trade will be prioritised and we look forward to a decisive action from these authorities.”