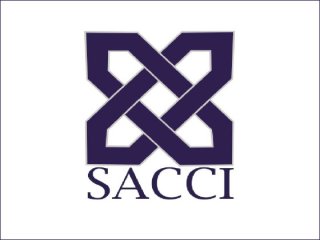 Trade conditions have been tighter since April 2012, the South African Chamber of Commerce and Industry (SACCI) said on Wednesday.

Although the seasonally adjusted Trade Activity Index (TAI) recovered by five points to 50 in August 2012, it remained below levels achieved earlier in the year.

A year ago the seasonally adjusted TAI stood at 48.

The non-seasonally adjusted TAI remained in negative territory in August at 49, up from 45 in July 2012.

SACCI said trade conditions continued to be volatile, but the activities surveyed were converging around the 50 index level, as was notably the case with sales and new orders.

Sales and input prices were stable, as the sales price index rose by one point to 58 and the input price index declined marginally to 65 from 66 in July 2012.

Although price pressures at present remained at bay, cost increases of especially administered prices were more than double that of the producer inflation rate.

The weaker trade conditions made it difficult to cope with these rising costs.

The latest year-on-year rise in the pump price of diesel was 17.6 percent.

The six month trade expectations index (TEI) was down by about 10 points from earlier in 2012.

The TEI remained at 54 in August after entertaining average levels above 60 up to June 2012.

The six month outlook for the key components of trade activity confirmed the tentative nature of current trade conditions.

After picking up in June, the sales and new order expectations indices remained at lower levels of 64 and 56 respectively in August.

Employment conditions in the trade environment improved somewhat as the index increased from 45 to 48, although they were still in negative territory.

Employment prospects declined slightly as the index lost two points to register 48 -- about the same as the August 2011 level.