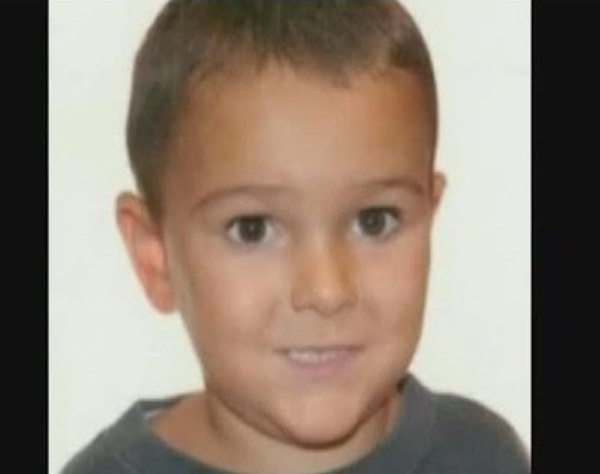 A Spanish judge extended the detention on Monday of a British couple arrested for taking their seriously ill five-year-old son out of a hospital in England without medical consent, amid growing sympathy for their situation at home. Brett and Naghemeh King sparked an international manhunt after removing their son Ashya, who has a brain tumour, from hospital last week over fears that he was not receiving the right care.

The couple were detained on a European Arrest Warrant in Spain on Saturday and their son, who only recently underwent surgery and requires special feeding equipment, has been hospitalised in southern Spain.

At a hearing in Madrid, the Kings refused to agree to their extradition back to Britain and were ordered to be held in custody for another 72 hours pending a decision on whether they should be granted bail.

The judge also ordered an urgent medical report into the condition of Ashya, who is being held under police guard in a hospital in Malaga and was said to be stable.

At home in Britain, the case has received widespread media attention, initially focused on concern for King's immediate health, which police had said was threatened by his parents' actions.

Following assurances by his family in videos posted on YouTube that he is being cared for properly, the concern has shifted to sympathy for the family's plight -- and anger at their pursuit by police.

Echoing remarks made on social media, King's grandmother said the family were being "treated like criminals", while a local British politician said the boy's parents should be released immediately.

Prime Minister David Cameron, who lost his six-year-old disabled son Ivan in 2009, said the priority was to ensure that Ashya receives the most appropriate medical care.

His spokesman added: "Of course, I am sure that every parent wants to do the best for their child. That is probably the most human of human instincts."

Brett King, 51, wants his son to undergo proton beam therapy, an alternative to radiotherapy treatment which he was not offered under Britain's state-run National Health Service (NHS).

In a video filmed shortly before his arrest, King said he was threatened with a court order that could have denied him and his wife access to their son in hospital, because he kept raising concerns about his treatment.

"We couldn't take it any more," he said of his decision to remove Ashya from hospital and take him and his five siblings first to France and then to Spain.

British police issued a European warrant based around "neglect", although it is not clear what, if anything, the Kings would be charged with on their return to Britain.

"Ashya King's parents have been criminalised for caring", headlined one comment piece in The Guardian newspaper on Monday, while another in The Daily Telegraph said the family's treatment was "an authoritarian disgrace".

Hampshire Police, the southern English force which led the manhunt, has defended its actions and the local elected police and crime commissioner, Simon Hayes, said they had acted properly.

"I think if Hampshire Constabulary had ignored the professional medical advice and opinion, then they would have been negligent in their responsibilities to safeguard Ashya in this case and young children in general," he told BBC radio.

The boy's grandmother, Patricia King, said his parents and siblings had not been able to see him since the arrest, saying the situation was "absolutely disgraceful".

"They (the authorities) are the ones who are cruel because they have taken poor little Ashya who is dying of a brain tumour and they won't let the parents, my son and daughter-in-law, they won't let them see him at all," she told the BBC.

An English member of the European Parliament for the UK Independence Party (UKIP), Janice Atkinson, said: "I am appalled that Ashya's parents have been arrested. This little boy needs his mother at this time."

The hospital treating Ashya said it had offered the family access to a second opinion on his treatment and offered to help with organising treatment abroad.

We live in a world where facts and fiction get blurred
In times of uncertainty you need journalism you can trust. For 14 free days, you can have access to a world of in-depth analyses, investigative journalism, top opinions and a range of features. Journalism strengthens democracy. Invest in the future today. Thereafter you will be billed R75 per month. You can cancel anytime and if you cancel within 14 days you won't be billed.
Subscribe to News24
Next on Drum
The ‘Bali bonk ban’: Why people in other countries are vexed by Indonesia’s sweeping sex laws