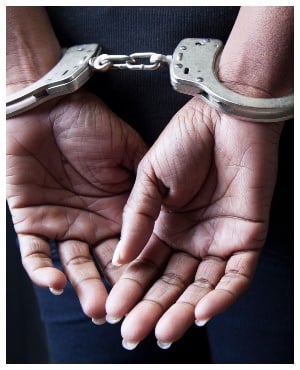 A 23-year-old Tanzanian woman has been arrested for card-scamming after 23 ATM cards were foudn in her panties after a body search was conducted on her.

Halima Juma was arrested on Tuesday at the CRDB Bank ATM in Mbagala, Dar es Salaam, after a bank teller became suspicious of her behavior, K24Tv reports. The teller rang the alarm after noticing Juma had been using different ATM cards to withdraw large sums of cash from the same ATM.

Upon arrest, a body search was conducted on Juma, which yielded 23 ATM cards from nine different Tanzanian banks. According to Pulse, Juma confessed to authorities that she was part of an ATM-card syndicate.

“She said they have been targeting the elderly rich but illiterate men and women. They pretend to help them withdraw money from ATMs. She said they usually ask the user for their PINs and once they reveal the information, they lie to them that the ATM card has been ‘swallowed’. So they should report to their respective banks the following day. Thereafter they go to another ATM and withdraw the money,” Mambosasa said.

Kenyan news and website Tuko also reported that Juma’s syndicate would not only target people at ATMs, but those who withdrew money from tellers. While the client would be counting their money before putting it away, they would swiftly exchange the client’s card for a similar looking one.