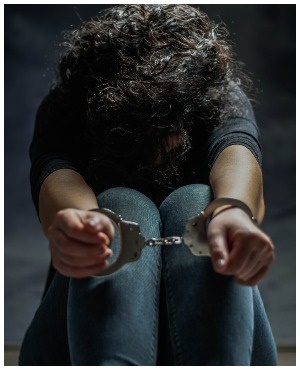 An Argentine woman has been sentenced to 13-years in prison after cutting through her then-boyfriend’s penis because he allegedly shared explicit videos and pictures of her with his friends.

Accountant Brenda Barattini (28) was found guilty for the attempted murder of Sergio Fernandez (42) after admitting she cut his penis with garden shears, Metro UK reports.

Brenda initially said she attacked him in self-defence but later admitted she planned the November 2017 attack as revenge for his actions, she said during her trail in Cordoba, Argentina.

Sergio told the court Barattini led him to their bed and blindfolded him under the pretence of them having sex, Fox News reports. She then proceeded to cut through 90% of his penis. “I felt like I was going to die, I didn't know she had cut me,” Sergio told the court.

“I couldn’t see anything. I tried to get up, I pulled up my trousers and grabbed my mobile phone to call an ambulance. I wanted to leave and she started to insult me. She grabbed my T-shirt, my hair – she wouldn’t let me leave.”

Barattini told the court she felt violated by Sergio’s alleged actions, The Mirror reported. “He infringed my privacy, my life and my career. Everything has been ruined.”

After the attack Sergio was aided by neighbours and spent eight days in a coma. Before her sentencing, Barattini asked the court that “justice be done”.

“I have screwed up my life, I want to continue with my normal life.”