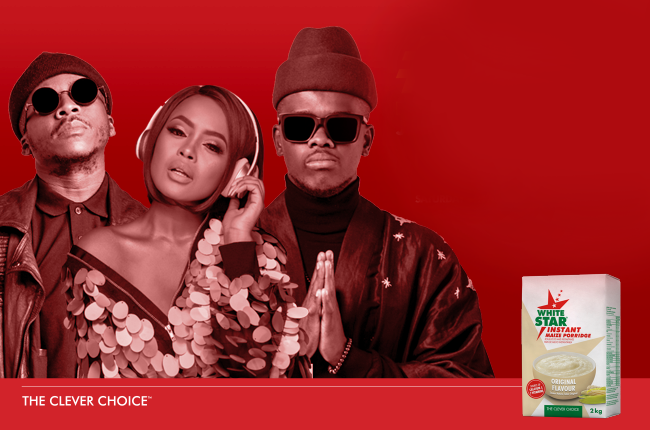 Did you miss the BIG event? Here’s a recap and some extra-yummy White Star recipes to try

Were you a part of the #SABiggestBreakfast event? White Star hosted the biggest virtual breakfast via their Facebook page on Saturday 8 August, and proved not even lockdown could get them down.

The eagerly awaited #SABiggestBreakfast campaign, hosted annually by White Star Instant Porridge, went virtual this year due to Covid-19 lockdown restrictions. The popular event is aimed at highlighting the importance of breakfast and involves families throughout the country taking part in hosting the biggest breakfast occasion.

People may not have been allowed to gather in person (SBWL an event in real life), but it allowed for a BIGGER celebration.

There was entertainment and appearances by the biggest stars – plus a beat battle between Lerato Kganyago and Black Motion. Other celebrities and influencers who joined the virtual breakfast occasion included Lady D (Dudu Khoza); Mr Gwej’s Kitchen; K Naomi; and the reigning Miss Soweto, Musawenkosi Gumede. Loads of prizes were also up for grabs, including cash just for joining the event!

Lungani Ndawonde was the lucky winner of R5 000 cash and the one and only Lerato K walked away with 3 tonnes of White Star Instant Porridge, which will be donated to her charity of choice after her winning set, as shown on the White Star Facebook page.

The artist generating the most hashtags during the course of the performance and live competition was given the opportunity to donate an awesome 3 000 packs of White Star Instant Porridge 1kg packs to a charity of their choice.

Every vote counted, and White Star will donate 1kg pack of White Star Instant Porridge to charity for each entry received.

Click here to watch the event video if you missed out

You can still have a White Star party for your taste buds – try these delicious recipes.

How to serve it: Enjoy warm, topped with a soft poached egg and your other breakfast favourites, including cherry tomatoes, bacon and sausages.

What you will need

How to make it

How to serve it: Enjoy with your favourite tea or coffee.

What you will need

How to make it