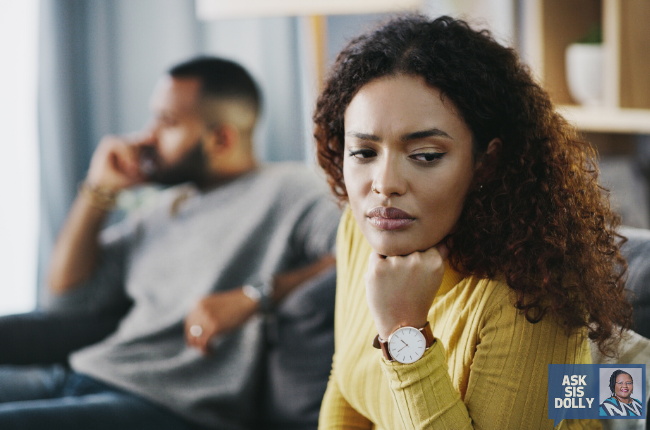 I’ve been dating this guy for a year but I don’t really feel loved. He says he loves me but he doesn’t call me enough – always some excuse about airtime.

And there’s his baby mama, who doesn’t want to leave him and threatens him by saying he won’t be able to see his child if he leaves.

I understand why he stays with her, but I don’t want to be in a relationship with a guy who makes me feel like a side chick.

Am I asking too much by insisting on some attention? I just want to feel like he really wants me and loves me.

The signs that he’s not really that into you are there and flashing but you seem to be ignoring them – and you’re even making excuses for him.

If you came into the relationship with the knowledge that he has baby-mama issues, then why would you expect to not be treated as a side chick?

Saying that he’s with the mother for the sake of the child is, sadly, something most men say to have a side chick around.

If he wants you in his life and he really wants to have a proper relationship with you, then he should action his words.

You should not have to fight for his time and attention. If he really wants to be with you and regards you as an important part of his life, then it should happen naturally.

You have to talk to him about how he’s treating you. A year is a long time for him not to be sure about where he stands with you.

Don’t ever sell yourself short. He should be clear or clear out. All the best.

We live in a world where facts and fiction get blurred
In times of uncertainty you need journalism you can trust. For only R75 per month, you have access to a world of in-depth analyses, investigative journalism, top opinions and a range of features. Journalism strengthens democracy. Invest in the future today.
Subscribe to News24
Related Links
"My husband makes me feel worthless" - Sis Dolly answers your questions
Next on Drum
‘How can I move on?’ – Sis Dolly answers your burning questions