A 5 step plan on how NOT to diet How not to diet
People Images/Getty Images

A healthy and balanced diet will provides us with many benefits. What we eat and drink has a huge effect on one’s bodies. There have been many diet advice articles that you have come across and written throughout the pandemic and everywhere you look there are diets promising to help you shed the extra kilos. But do yourself a favour: ignore them all.

Renowned American nutrition expert Dr Michael Greger, in his new book, How Not to Diet, delves deep into the leading causes of weight gain and comes up with simple, everyday ways to remedy them. Follow his findings and you may never need to diet again, Greger says. Oh, and he’s not in it for money, he adds – the proceeds from his research website and his books go to charity.

His motivation is to see people put an end to dieting and replacing those constant weight-loss struggles with a simple, healthy, sustainable lifestyle. Every month seems to bring us a trendy new diet or weight loss fad and they always sell  because they always fail. Racked with the guilt and self-hatred of failure, people often line right back up to be fooled again. "When it comes to making life-and death decisions that concern your own health and that of your family, as far as I’m concerned there’s only one question: what does the best available balance of evidence say right now? That’s why my new book has one goal", he says.

Whether you’re overweight or at your ideal weight and wanting to keep it that way, the aim is to give you every possible evidence-based tweak, trick, tip and technique to build the optimal weight- control solution. My research team uncovered a treasure trove of buried data. Simple spices proven in proper studies to accelerate weight loss that barely cost a thing (with so little profit potential, it’s no wonder those studies never saw the light of day). Specific foods shown to cause you to burn more fat, suppress your appetite, rev up your metabolism, block the absorption of calories, and  effectively take away even more calories than they provide. We discovered the context in which we eat matters too. That the same number of calories eaten at a different time of the day can translate into different amounts of body fat. Here are 12 of the many gems we found.

Yes, that’s right. A calorie is not just a calorie. It really does depend when it’s eaten, and morning calories don’t appear to count as much as evening calories even when they’re  exactly the same. This is true when all sorts of variables are factored in. It’s not because, for  example, we tend to graze on junk food while watching TV in the evening.

In fact, the difference is explained by what’s called chronobiology – the study of how our bodies’ natural cycles are affected by the rhythms of the sun, moon and seasons. It doesn’t matter when we sleep, nearly every cell and organ in our bodies has its own internal clock and still continues to cycle in a 24-hour circadian rhythm – and it’s just part of that rhythm to burn more meal calories in the morning. For weight loss, eat your main meal of the day at lunch – or even breakfast – rather than dinner. Or best of all, try,

Researchers at Columbia University in New York divided randomly picked individuals into one of three breakfast groups: porridge made from quick oats, the same number of calories of a sugary cereal, and just plain water. They then measured how many calories people took in at lunch three hours later. Not only did those who ate the porridge feel significantly fuller, some then went on to consume significantly less at lunch – about 400 fewer calories (1 670kJ), in fact, which is more than the porridge itself. So in effect, the porridge provided “negative” calories. In contrast, the sugary cereal was so unsatiating that the cereal group ate as much at lunch as the breakfast-skipping, water-only group. It’s as if the cereal group hadn’t eaten breakfast at all!

Read more | All you need to know about detoxing

We all know about the white fat in our bellies that stores fat, but did you know you also have brown fat – or brown adipose tissue (Bat) – that burns fat? Bat is located high in our chests, in the neck and shoulder regions, and the more active it is, the thinner you tend to be. One of the best ways to activate it is to feel a bit chilly. You burn 164 more calories (686kJ) a day living at 16,5°C instead of 22°C. Provided you don’t eat more to compensate, this could translate into 0,45kg of fat a year per degree. Yes, a climate of 16,5°C is pretty brisk (and not that easy in mid-summer South Africa), but even moving the office thermostat down from 24°C to 19°C has been proven to boost Bat activation and burn about 100 more calories (418kJ) every day. That’s an annual calorie deficit equivalent of about 20 days of fasting.

5.   TEA AND COFFEE FOR CALORIE BURN Simply drink a cup of tea and within an hour you may be burning up to 10% more calories. In one study, having tea three times a day raised the number of calories burned in that 24-hour period from about 2 280 calories (9 540kJ) to 2 360 calories (9 874kJ) – around 80 calories (334kJ) more. In effect, each cup of tea swept away about 25 calories (104kJ). Why? Researchers think it’s likely that tea activates the Bat signal too. But it’s  tea without milk, I’m afraid – researchers found the addition of milk “completely prevents the biological activity of tea”. Coffee is a weight-buster too. Drink two cups of coffee and over the next few 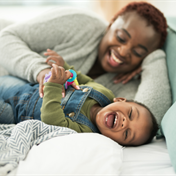