How to be your own therapist 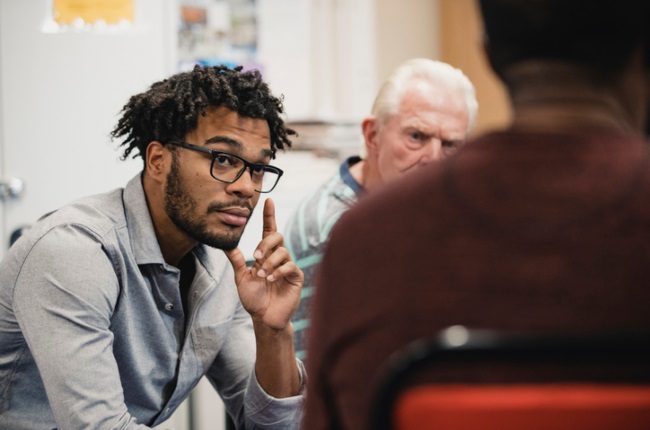 Understanding the difference between primary and secondary emotions is an important step in self-healing. This is how therapy helps, says a Joburg psychologist.
SolStock/Getty

It’s not something that heterosexual men generally talk about – but that’s changing with public figures such as Kid Cudi, Prince Harry and Wayne Brady opening up about their personal battles and seeking therapy.

The idea of masculinities has been explored in plenty of academic literature and the links between the materiality of romantic relationships, high unemployment and depression have been well documented.

While reluctance to seek help for emotional suffering is not unique to men, harmful ideas about masculinity feed it.

“Research suggests that men are less likely to seek treatment for depression, a serious illness which can be successfully treated,” according to the South African Anxiety and Depression (SADAG)

Failing businesses and relationships, joblessness, health issues – there’s a lot that can cause “masculine depression”.

“The pressure related to external sources is perceived to be a result of wanting to fit in, and comparison to other men where success becomes an important attribute, and attaining such an attribute solidifies one’s masculinity," UKZN public health academic Thabile Mthethwa writes.

The researcher found in her study that male participants “perceived stressed in men as deriving from external societal pressures and individual pressure respectively" and men were not seeking out help enough.

“Health seeking and promoting behaviours are perceived to be affiliated with constructs associated with traditional femininity, such as caring,” according to Mthethwa.

“This caring in men is misinterpreted as weakness therefore resulting in men opting to mask their emotional affliction because this affliction has been perceived to be inconsistent with their gender.”

What you can do for yourself

A reluctance to seek therapy among may be partly attributed to patriarchy, explains clinical psychologist Nevern Subermoney, who tells Drum there’s a 30/70 split among his own clients – with women being the majority.

Women tend to internalise their emotions, says the Johannesburg-based psychologist, while men often externalise then.

A feeling like anger, for instance, is a secondary emotion, which is why many men experiencing emotional anguish might express aggression or violence, while many women experience more complex primary emotions, such as fear or sadness.

This is also why women are more likely to suffer from anxiety disorders, while men might often exhibit external disorders, he explains.

Being able to identify the emotion one feels is vital, explains Subermoney, who uses an integrative approach to psychotherapy. “The aim is to help the patient understand which technique works best for them,” he says. That’s the first step towards self-healing.

This is how you can be your own therapist, he says:

Men are four times more likely to commit suicide than women, according to the SADAG, which noted an alarming increase in reports of men contemplating taking their own lives since lockdown started last year.

“Suicide rates are also high among vulnerable groups who experience discrimination, such as refugees and migrants; indigenous peoples; lesbian, gay, bisexual, transgender, intersex (LGBTI) persons; and prisoners," according to the Word Health Organisation(WHO).

“By far the strongest risk factor for suicide is a previous suicide attempt."

For help, visit the South African Anxiety and Depression (SADAG) website or call the Suicide Crisis Line on 0800 567 567.

We live in a world where facts and fiction get blurred
In times of uncertainty you need journalism you can trust. For only R75 per month, you have access to a world of in-depth analyses, investigative journalism, top opinions and a range of features. Journalism strengthens democracy. Invest in the future today.
Subscribe to News24
Next on Drum
Gents, get it checked: the male-only disease is now the fourth-biggest cancer killer