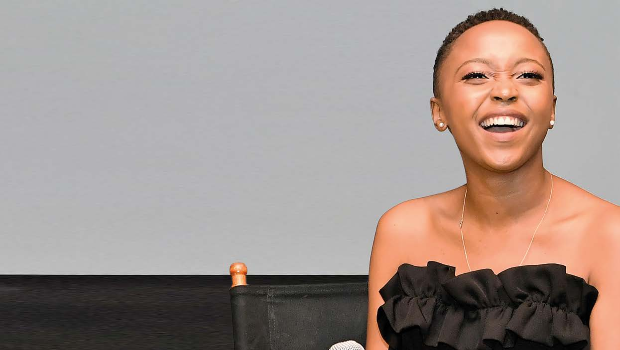 To millions of people, Oprah Winfrey is a media powerhouse, one of the richest and most famous people on the planet. But to a young woman from Benoni, she’s simply “Mam’ O”, the mother figure who plucked her from obscurity and hardship and set her on course for a life she could never have dreamed of.

Thando Dlomo is a regular visitor at her “mom’s” house in Chicago where they snuggle on the couch and bingewatch series on streaming service Netflix. “Her house is like home to me,” she says. “The Crown is our favourite show.” Thando is one of the first graduates from the Oprah Winfrey Leadership Academy for Girls (Owlag) in Henley-on-Klip in Gauteng – and one of Oprah’s biggest success stories.

Thando’s rise from poverty to prosperity is both heart-warming and inspiring and no one could be prouder of her than the 65-year-old businesswoman extraordinaire. Oprah was there last year when Thando graduated from the University of Southern California with a master’s degree in journalism and spoke at the 25-year-old’s graduation ceremony.

“She actually called me her daughter when she spoke at my varsity graduation,” Thando says, chatting to DRUM all the way from Los Angeles. “It was funny, she said to me, ‘I can’t wait to out you’, because generally I prefer to keep our relationship to myself. So when that happened, all my classmates were like, ‘How did we not know about you guys? Why didn’t you tell us?’ But I like to keep it low-key.”

Thando is one of the stars of a streaming show called Oprah’s Daughters on People TV, a channel run by the popular American magazine. In the documentary she features alongside Oprah and fellow graduate Mpumi Nobiva and talks about the impact Mam’ O has on her life – and Oprah in turn praises all the Owlag girls. In a candid moment Oprah calls them “the daughters I didn’t have”. “I never thought the mothering instinct was for me,” she said.

“These girls are my greatest, deepest joy.” Oprah, who was raised by her grandmother in poverty in Mississippi, said she wanted to build a school for girls just like her. “This school is my greatest legacy.” Thando is now making her own mark on the world of showbiz: she’s working at Entertainment Tonight as a producer of the US TV network’s new streaming channel, ET Live. “It’s so exciting,” she says.

“Being an outsider and walking into a space with people who are maybe different to you can be a bit intimidating. And often I’m also the youngest but hey, we are brave and we arrive in our boldness and the skin we know and love. And we do it for ourselves, our family and the people we represent.” She knows none of this would be possible without her Mam’ O. “I’m forever in her debt.”

As a child Thando watched the Oprah Winfrey Show every day with her grandmother, Janet Tshabalala, and recalls being enthralled by what a “beautiful and talented human being” she was. Little did she know she’d one day meet her idol. Thando was 12 when the call came that would change her life: Oprah was offering her a place at the school she was launching to help academically gifted girls from disadvantaged backgrounds.

Having been identified by the TV titan as having the “It” factor, a bright-eyed Thando was among the school’s first intake in 2007. “Oprah called me and said, ‘You made it!’” she recalls. Thando was raised primarily by her grandmother, a domestic worker, in a modest home in Northmead, Benoni. Oprah came to the house in 2006 while filming the documentary Building a Dream ahead of the opening of her school.

“I remember how she walked into my room, which was literally the size of my single bed, and said, ‘This is a boat – it’s so small!’” She vividly recalls her first weeks at Oprah’s brand-new academy with its gleaming state-of-the art facilities and luxury accommodation. “It was like going to visit your rich aunt,” she says.

The love in this one speaks for itself. ♥? Happy Mother’s Day to the woman who has cradled my dreams and heart since I was 12; stood firmly in the face of my demons and helped me fight my way through them. The day my mother passed she sat with me on my little twin sized bed and held me until I stopped crying. Thank you for the honor of being your daughter-girl, @oprah ??

“But what struck me most was all the love Oprah had put into it – all the detail she’d gone into, from giving us the best linen to the best cutlery. “She said she wanted to give us what she’d give herself. She told us, ‘beauty is inspirational’.” The pair grew increasingly close, especially after Thando lost her mother, Elizabeth, to Aids in 2010.

“My mom was like a best friend. She visited often. She and my father had me very young, which is why my grandmother offered to raise me. My dad [who died of meningitis in 2017] lived in another province so I had a distant relationship with him.”  Despite the heartbreak, Thando persevered at school and a year later received her matric diploma from Mam’ O herself.

Did she ever feel torn between the two worlds she inhabited? “Naturally when you’re going between the township and Oprah’s school there’s some adjustment you need to do. “But over time I learnt to appreciate the different and beautiful things each world had to offer and I let go of any guilt.”

Thando is still close to her grandmother and tries to see her as often as her busy life allows. She flew home to celebrate her gran’s birthday in December and in a poignant tribute on Instagram she described her gogo as “the artery of my being” and “the ultimate form of love God has ever shown me”.

“We made it through together – she taught me to be gentle with others, to live in unapologetic happiness and to leave others better than I found them. I pray she lives to walk me down the aisle of many more successes.” From her second mom, Oprah, the biggest lesson she’s learnt is to embrace being a successful black woman and to share a message of empowerment.

Thando is fiercely proud of her roots and is passionate about educating people about SA and its people. At the Black Entertainment Awards last year she was involved in a panel discussion about Nelson Mandela’s legacy. And in September she took part in talks in New York at the UN on the issue of owning and prioritising African art.

“Right now my primary mission is to ‘walk the talk’. I’m living my purpose and I hope that inspires young girls to be bold in their dreams. “In a few years I’ll be back home and I want to open centres for women who look like me and share the good word that hope isn’t lost.

That our pain is sometimes our greatest strength – it transforms us into better people.” In the People TV doccie Oprah says she has only one agenda for girls like Thando: to succeed at whatever level they choose. “It’s educated young women like these who are the future leaders of Africa.”

We live in a world where facts and fiction get blurred
In times of uncertainty you need journalism you can trust. For only R75 per month, you have access to a world of in-depth analyses, investigative journalism, top opinions and a range of features. Journalism strengthens democracy. Invest in the future today.
Subscribe to News24
Related Links
How Oprah Winfrey overcame being told she's the 'wrong colour' for TV
Oprah recalls not being comfortable in her own skin at the beginning of her career
Seven years later, this is how the Oprah Leadership Academy graduates are changing the world one...
Next on Drum
‘It's as important as brushing your teeth’ – why mental health experts are urging women to masturbate