‘Am I raising spoiled kids?’ What parents can learn from behaviour of Cape Town boys’ elite school 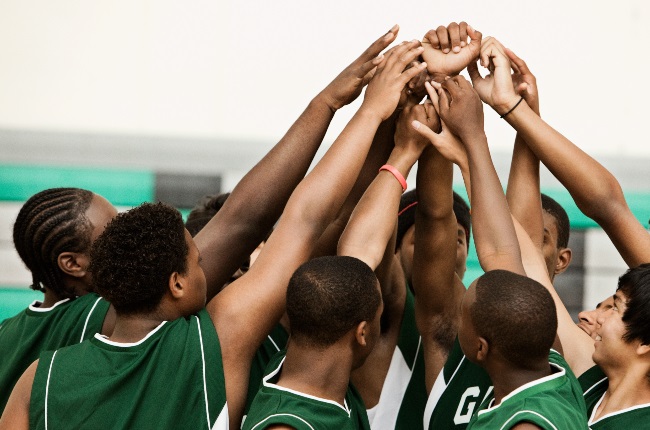 It’s the kind of sports rivalry that makes many parents, especially those who are old boys, tense and emotional.

So it wouldn’t have been the most shocking thing had the parents supporting the boys playing in the rugby match between Bishops Diocesan College and Wynberg Boys’ High School exchanged a few vigorous jeers.

But what happened when the Bishops Diocesan College boys lost was decidedly unsportsmanlike behaviour, leading one parent to accuse them of elitist behaviour after the boys from the private school who were there to support their team reportedly tossed coins at their opponents and their supporters.

“I think it’s outrageous that the school lets them get away with it. It smacks of elitism and a feeling of superiority that children that age shouldn't be feeling,” the Wynberg Boys’ parent told News24.

‘I THOUGHT IT WAS REALLY MEAN’

“It was the Bishops boys on the sidelines of the field who were doing it, the supporters. I saw them throw maybe 50 R2 coins at the Wynberg Boys’ supporters,” her son was quoted. “They were all in uniform. At first, everyone was confused. Some of the Wynberg boys got angry, and some of them didn’t say anything. I thought it was really mean.”

The private school is reportedly investigating the matter which has thrown the issue of elitism and classism among young people into the spotlight.

If you’re the parent of a child of who has a far more privileged life than you had, attending private school, living in the suburbs without too many material needs lacking, you may be worrying how you’d respond if your child was the “mean kid”.

AM I RAISING A PAMPERED PRINCE?

Not many parents are comfortable with the idea of raising a kid whose the playground bully, but it’s an issues that that has received growing media attention in South Africa with reports of children taking their lives because of it. More often than not, according to life coach Amanda Ndiki a bossy parent will produce a bossy child.

“A child that always gets what they want, by either throwing a tantrum or by the parents’ free will, whether reasonable or not, is likely to become bossy due to being raised in an environment where they believe the world revolves around them,” she said.

“In some cases, the parent gives into the child’s advances as means of overcompensating.”

Another expert, Wilma Calvert, a counsellor at Families South Africa (Famsa), told Drum that often when a child is the first-born or the only child, they can become bossy. She says it can become more evident when that child is overexposed to adult company.

These are the signs to look out for that will tell you the child is bossy, Wilma said.

WHEN PROFESSIONAL HELP IS NEEDED

Your child might always assume a 'my way or the high way' approach with others, but learning how to hear and appreciate different viewpoints is an important life skill.

“A bossy child,” according to Amanda, “might assume they are always right and be perceived as rude.”

It's a fine balancing act. You want to instil self-confidence and encourage a healthy self-esteem in kids so that they do not judge themselves by others' perception of themselves. But being bossy can make those around them want to distance themselves from your child, making them feel rejected and disliked – which can have other psychological side-effects.

A child who doesn’t receive therapy when it’s needed can be psychologically wounded, according to psychologist Bernadette Williams, who says attending regular therapy sessions may help to deal with the core of the problem if a child’s behaviour is inexplicable. “A professional counsellor, social worker or a psychologist may be the route to take for your child.”

Schools can only do so much, according to Amanda, who encourages parents to instil more discipline at home. “Disciplinary measures are important and need to be instilled at home consistently. The teacher can only build on a foundation laid by the parents,” she said.

“You can’t allow teachers to take the fall for your child’s behaviour due to a lack of commitment to your responsibilities as a parent.”