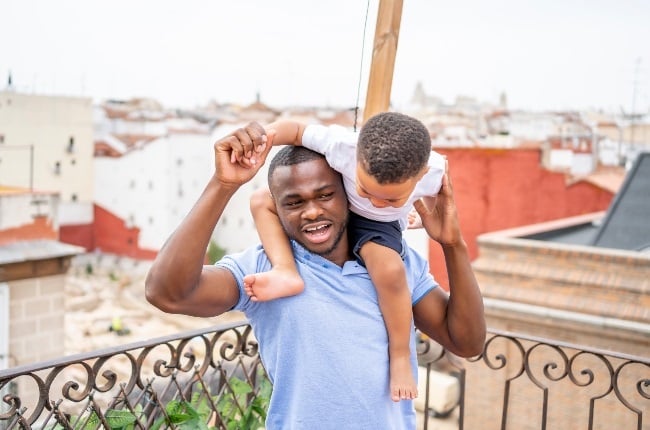 Mothers are often considered to play the primary role in their children's lives from from day one. But what happens when an unmarried father wants to register the child's birth without the mother's involvement? Well, now he can.

The Constitutional Court has ruled that a section of the Registration of Births and Deaths Act is unconstitutional. This means unmarried fathers can now register their children, without the mothers, at the Department of Home Affairs.

This is after the child of a woman from the DRC and a South African man was left in limbo after birth.

The infant's birth could not be registered because the mother could not renew her visa and home affairs would not allow the father to register their newborn's birth. So the couple took the department to court in 2016.

Menzile Naki and Dimitrila Ndovya welcomed the birth of their daughter in February 2016, and they tried to do the registration in Makhanda. Dimitrila was on a visitor’s visa which expired and, due to the pregnancy, she could not renew it or travel back to the DRC.

The department refused to register the birth of their child because she did not have a valid visa.

Menzile then approached the Eastern Cape High Court, which found the act invalid and inconsistent. Now the Constitutional Court has confirmed that ruling.

“There are a number of reasons why a mother may not be involved in the birth registration process. The mother may be deceased, absconded, is undocumented herself or cannot be located," the Lawyers for Human Rights said in a statement welcoming the judgment.

“The Centre for Child Law and Lawyers for Human Rights applauds this judgment, which will have far-reaching implications for the many children of unmarried fathers who face many barriers. Section 10 essentially left these children stateless and were also deprived of their ability to access basic rights and services.

“Children without birth certificates are at greater risk of exclusion from the education system, from accessing social assistance and healthcare, and crucially, to access to their nationality. The judgment also affirms the children’s intrinsic worth and sense of belonging. We call on the Department of Home Affairs to do the same and do everything possible to ensure the implementation of the court order.”

The majority judgment says there should be no difference between children born in marriages and those born out of wedlock.

Read more | Column | What's in a name? Quite a lot actually

“Section 10 of the act impairs the dignity of unmarried fathers, whose bonds with their children are deemed less worthy than the children of married parents.”

Additionally, the court, in the main judgment ordered that Section 10 be removed from the act in its entirety.

However, in the dissenting judgement, Chief Justice (CJ) Mogoeng Mogoeng and one other judge conceded that the section of the act was discriminatory but said the discrimination is “justifiable, reasonable and fair”.

Children are vulnerable and their interests should be most important when issues of concern are raised, said Mogoeng.

“The CJ further reasoned that they (children) must be protected and not be exposed to the risk of being easily claimed and 'adopted' by people whose relationship with them or suitability to be in their lives, has not been established,” a statement from the ConCourt reads in part.

We live in a world where facts and fiction get blurred
In times of uncertainty you need journalism you can trust. For only R75 per month, you have access to a world of in-depth analyses, investigative journalism, top opinions and a range of features. Journalism strengthens democracy. Invest in the future today.
Subscribe to News24
Next on Drum
‘What do I tell my teens about when they can start having sex?’– Nthabi answers your legal questions