Happily ever after. That’s what most people look for when they enter a new relationship and even though some get it, others just end up losing in the game of love.

Relationships have been under scrutiny from scientists for centuries, as they all try to answer the age-old question – what makes for a strong relationship?

A major new study led by researcher Samantha Joel and published in Proceedings of the National Academy of Sciences tries to answer just that question.

Joel and her colleagues analysed information from more than 11 000 couples, drawn from 43 data sets that tracked those partnerships for an average of a year, to determine the extent to which they could predict the quality of relationships, as well as which measures best predict it.

According to CNN, the researchers realised that it's the way one views their relationship that contributes more to the overall quality of your connection, rather than either of your personalities.

"When it comes to a satisfying relationship, the partnership you build is more important than the partner you pick," Joel wrote in an email to CNN.

The research also looked at the idea of having or dating “a type”.

Joel believes success in relationships comes more from the dynamic you create with a partner, rather than who you are with or if you are with someone who is your ‘type’.

In other words, don't focus so much on whether a person is your type or whether they check all your boxes. Instead, think about and focus on how you're engaging with each other and whether your relationship leaves you feeling satisfied, they said.

Speaking to Bustle, relationship coach and psychic medium Cindi Sansone-Braff said that the number-one mistake people make when dating is continuing to go after their so-called ‘type’. Leave your type in the dust, she said.

“Ask yourself, 'How has going after my type worked so far?' If the answer is not so good, then start thinking outside the box,” she said.

“When you meet someone, close your eyes and try to tap into their personality - not their looks.”

While personal issues and individual struggles could impact the quality of your relationship, the study found the factors that will see you through and what matters most is how satisfied and secure you feel in your relationship.

Another takeaway from the research is that it’s important to pay attention to the dynamics of the relationship. “It seems to me that the relationship is more than the sum of its parts.

“It's that relationship dynamic itself, rather than the individuals who make up the relationship, that seems to be most important for relationship quality,” Joel said.

“While more research will be necessary to assess how relationships change over time, working on these qualities might prove a good start.”

Related Links
Dumped on Valentine’s Day? This Cape Town-based relationship coach has advice for you
11 ways to know if you are in a toxic friendship and how to end it
New study says men can’t find the G-spot because “it doesn’t exist"
Share
Next on Drum
This is how you can navigate black tax conversations during the pandemic 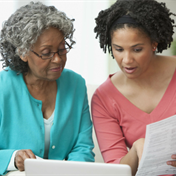 Read more on:
local and internationaladvicedating