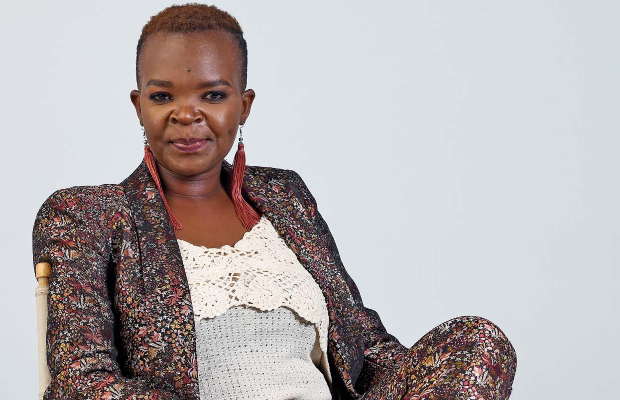 Film maker Molatelo Mainetjie, who is now 43, was 30 years old when she and her partner decided they wanted to grow their family. But weeks passed, then months. A year later she was still not pregnant and her doctor broke the news to her that she would not be able to conceive naturally.

Molatelo was devastated but has now worked through her feelings in a documentary titled When Babies Don’t Come, in which she documents her battle with infertility and shares the pain she had to go through as she struggled to conceive the baby she so wished for.

It had come as a huge shock to her when her doctor told her she couldn’t conceive. It was impossible, she thought. She’d fallen pregnant once before, when she was a 19-year-old student at the University of Limpopo.

That pregnancy was unplanned and complicated, however. As she had been preparing to take a shower, she collapsed, felled by a searing pain in her belly. Molatelo was rushed to hospital and doctors told her she was pregnant – but it was an ectopic pregnancy (in which the embryo attaches outside the uterus) and they needed to operate urgently to save her life.

“I found out I was pregnant the day they told me they would operate on me to remove the foetus,” she says. During the surgery, doctors removed one of her two Fallopian tubes.

Molatelo admits to being naive about it when they told her this. “I was just like, one tube gone, so what? I can still fall pregnant when I am ready.” Eleven years later she was devastated to learn that would not be the case.

Molatelo graduated from the University of Limpopo with an honours degree in librarianship, and followed that with a year-long course in broadcasting that saw her develop a love for the media industry. She worked in different newsrooms as a scriptwriter, producer and editor.

Life was good and at the age of 30 she was in a committed relationship and she and her partner decided to try for a baby. Many of her friends were having babies and it was something she wanted too.

She was devastated to learn she couldn’t realise her dream. "Doctors said to me that when you have had an ectopic pregnancy, there’s a 50% chance that the other [Fallopian] tube is blocked – and that was the case with me."

The other tube had to be removed too, and her best chance of falling pregnant, doctors said, would be in vitro fertilisation (IVF). Molatelo began her first cycle of IVF in 2006. The process consists of extracting eggs, retrieving sperm, and then manually combining the egg and sperm in a laboratory so fertilisation can take place.

Once this has happened, the embryos are transferred to the uterus. But the IVF failed. "The day the results came I was broken. I was crying uncontrollably," she recalls. Her pain was compounded because she couldn’t talk to anyone in her family about what had happened as she hadn’t told them she was undergoing IVF.

"Conversations about IVF were things we never had until I started shooting the documentary in 2007," she says. She didn’t give up though and saw herself holding her babies in her arms. "I was imagining life with them. I had given them names but unfortunately it wasn’t meant to be."

In 2007 Molatelo tried once more to fall pregnant with a second round of IVF, but the results were the same. Her relationship with her partner began crumbling too. "After the second IVF treatment failed, I started seeing changes in him," she says.

Her partner, who had a child from a previous relationship, had also impregnated someone else while they were trying to have a child of their own. "That broke me in a way I cannot explain. The pressure started mounting after that because all I kept thinking was 'I need to have my own babies'".

Despite their fractured relationship, Molatelo underwent a third round of IVF in 2008. "I was still with him but that was when he was at his worst," she tells us. "He wasn’t even there. Physically, emotionally or otherwise. All I cared about was his sperm." But the process failed again, and they broke up.

"I had been convinced the third IVF was going to work because the doctor assured me my eggs were good, but then we found out the sperm wasn’t good," she says. Meanwhile, Molatelo still had to deal with painful questions from friends and relatives about when she was going to have a baby.

Her documentary helped her to heal, she says. "This infertility was supposed to be a curse in my life but the reaction has been overwhelming.

"When I decided to tell this story it was mainly to break the silence about infertility but then it became therapy and I healed through the process."

Molatelo never considered becoming a filmmaker while growing up in Ga-Modjadji in Limpopo, where she looked after her father’s goats when she wasn’t in school.

"We didn’t even have a TV," she says. Molatelo had big dreams nonetheless. While most of her friends were married right after high school, her late father, Albert, encouraged her to get an education. She was the first girl from her village to go to university, a strange notion to her peers, who believed "girls leave their fathers' homes to get married, so why would you want to educate a girl child?”.

She’s philosophical about her dreams of motherhood now and her concerns are about quality of life, rather than having a baby. She’s also happily married to Jojo Bossaman (50), who she met in 2015.

He has two teenage children from a previous relationship, Yaw (17) and Esi (20), who Molatelo adores. She’s also taken on the role of mother to her niece Amukhelani (4), the daughter of her youngest sister, who lives with them.

Her mother-in-law, Johanna (82), has also helped reassure her she’ll be okay if she never falls pregnant. "She’s made this journey so much easier. She asked if we can be happy without children, and the truth is yes, we can."

If she and Jojo won the Lotto she’d try IVF again, she says. Currently the cost of one IVF cycle is between R58 000 and R70 000.  Fertility treatments are not covered by medical aids.

"Maybe we will adopt, if we still have the energy, but we are in a good space right now," she says.

And if the babies don’t ever come? "It’s their loss – that’s how I’m looking at it now," Molatelo says.