BEHIND THE SCENES: Tau and Zitha are getting married

Zitha and Tau are tying the knot

Finally, after ups and downs Tau and Zitha are finally making their way down the altar tomorrow!!!

It has taken a lot for Tau, who was dealing with issues of betrayal  and trust to finally make this choice.  Theirs will be an unconventional wedding.  Zitha wants things to be as simple as possible.  She wants a no-frills affair with just the exchange of vows then everybody to the reception.

The wedding symbolizes an opportunity for the couple to draw a line through the past, and step into the future, in the right way.  So now that the two lovebirds have finally made their way to the altar, let's take a look back at how they got there in the first place.

Tau fell for the sexy businesswoman the first day he laid his eyes on her gorgeous face.  Zitha came in Tau’s life at a time he was dealing with a heartbreak after his free-spirited wife, Karabo Moroka  left him  for London,  to run a media company.   Though it was not easy to woo Zitha into a relationship with him, the two finally dated, to his great relief and joy.

It will be interesting to know how Tau’s mother Zondiwe, who does not like Zitha, will handle the latest developments. Zondiwe has in the past tried everything, including sending women to distract Tau, so as to end their relationship. 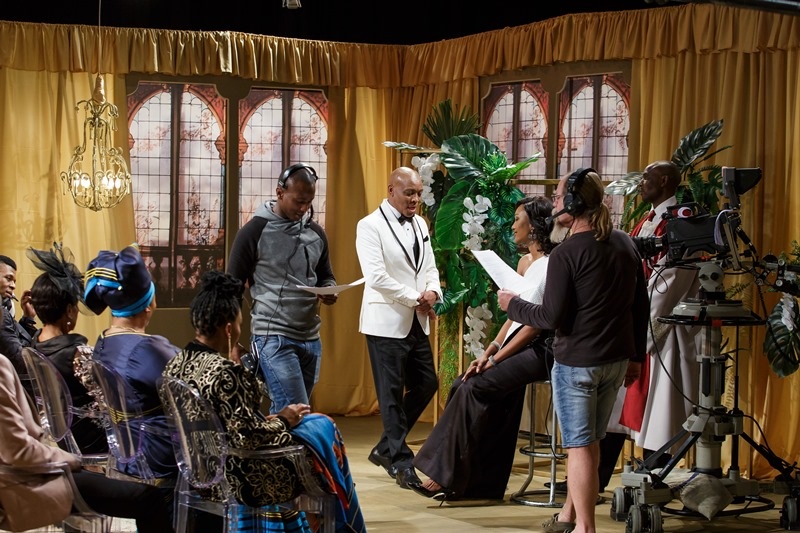 We live in a world where facts and fiction get blurred
In times of uncertainty you need journalism you can trust. For only R75 per month, you have access to a world of in-depth analyses, investigative journalism, top opinions and a range of features. Journalism strengthens democracy. Invest in the future today.
Subscribe to News24
Next on Drum
Ncebakazi Pilingane on playing Eva on Diepcity and the road to her breakthrough