e.tv on Masasa Mbangeni’s exit: ‘She has enjoyed a great run with the Scandal! family’ 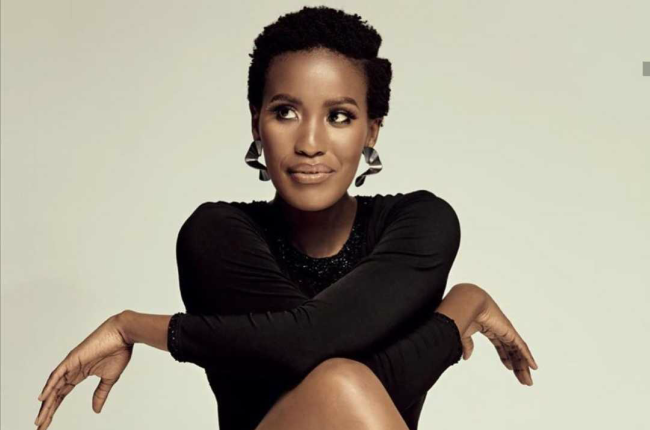 “Friend she’s really gone. Dead dead! Won’t be coming back as a ghost (they didn’t teach me how to act a ghost at Wits) let’s leave her be now,” the actress tweeted alongside a picture of the dead character.

“Rest in Peace my darling beautiful Thembeka Shezi-Nyathi thank you for all you did for me,” she captioned an Instagram post.

Here. There is a vitality, a life force, an energy, a quickening that is translated through you into action, and because there is only one of you in all of time, this expression is unique. And if you block it, it will never exist through any other medium and it will be lost. The world will not have it. It is not your business to determine how good it is nor how valuable nor how it compares with other expressions. It is your business to keep it yours clearly and directly, to keep the channel open. You do not even have to believe in yourself or your work. You have to keep yourself open and aware to the urges that motivate you. Keep the channel open. ... No artist is pleased. [There is] no satisfaction whatever at any time. There is only a queer divine dissatisfaction, a blessed unrest that keeps us marching and makes us more alive than the other”. -Martha Graham. Rest In Peace my darling beautiful Thembeka Shezi-Nyathi thank you for all you did for me ?? #etvScandal #actor #actor #stortytelling #death #endingsandbeginnings

This is Masasa’s second exit from the show, she first left in 2016. However, she has assured viewers that she will not be coming back this time.

E.tv’s managing director, Marlon Davids, has reiterated Masasa’s words about having had a good run on the show.

“In the ever-changing and entertaining world of TV, storylines will change and characters will come and go. Masasa has enjoyed a great run with the Scandal! family and her contribution to the show has been fulfilling for our audiences to watch,” he said.

Yet Scandal! viewers are devastated because of Thembeka’s death.

Here are some of their reactions:

I could literally feel her pain, her cry for forgiveness, her soul leaving her body with peace and calm bcz she could finally show #Quinton that all she did was out of love for him. This is all because of you @MsMasasa Nd how incredible you are on screen. Thank you for your gift pic.twitter.com/EE6eSgoZCR

I’m looking forward on seeing on TV sisi...I know you will kill whatever role they give you just like you did on scandal, you have inspired a lot of people with your raw talent and I hope you’ll continue doing so??

#RIPTHEMBEKASHEZI and Thembeka trending across borders wow @MsMasasa you the best!! ? ????

The Scandal! Twitter page has also paid homage to the actress and her character by putting together some of her best scenes.

“You have played Thembeka Shezi so well, @MsMasasa. Thank you for bringing this complex character into life. #RipThembekaShezi,” they tweeted.

You have played Thembeka Shezi so well, @MsMasasa . Thank you for bringing this complex character into life. #RipThembekaShezi. pic.twitter.com/r3ZFf1nY7h

We live in a world where facts and fiction get blurred
In times of uncertainty you need journalism you can trust. For 14 free days, you can have access to a world of in-depth analyses, investigative journalism, top opinions and a range of features. Journalism strengthens democracy. Invest in the future today. Thereafter you will be billed R75 per month. You can cancel anytime and if you cancel within 14 days you won't be billed.
Subscribe to News24
Related Links
5 scenes we’ll never forget of Kgomotso Christopher as Yvonne in Scandal!
Scandal! Actress Marjorie Langa on the differences between her and Gloria
Bongile Mantsai on his villainous role on Scandal!: "Mthunzi and I are complete opposites"
Next on Drum
Linda Sokhulu and Bohang Moeko to heat things up on Mzansi Magic in new series Grown Woman