The former Muvhango actress will soon return to our TV screens in a brand-new drama series, iKani, which is set to air on SABC1 in September.

In an interview with DRUM, Florence explained how good it felt to be back on set especially on a public platform.

“My character is strong and fearless. She can stand up to pretty much anyone. She's the last person you'd want to take on,” Florence said.

“She's the kind of person that will stop at nothing to protect her family and their wealth.”

Florence noted that the most important part of preparing for her character involved a lot of homework.

iKani will be the first local drama series in isiNdebele, which is sure to be a treat for local viewers.

“A riveting story set on the backdrop of a beautiful culture and language,” said Florence when describing the new series.

“I'm honoured to be part of this historic move by SABC1.”

We live in a world where facts and fiction get blurred
In times of uncertainty you need journalism you can trust. For only R75 per month, you have access to a world of in-depth analyses, investigative journalism, top opinions and a range of features. Journalism strengthens democracy. Invest in the future today.
Subscribe to News24
Related Links
WATCH: Trevor Noah recalls the first joke he heard as a kid
Cassper's relationship advice: Be your own happiness first
PICS: Jack Parow slices knee open on stage but parties on
Next on Drum
Why actress Janelle Monáe believes everyone should watch Antebellum 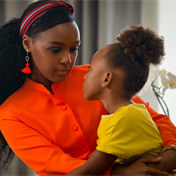