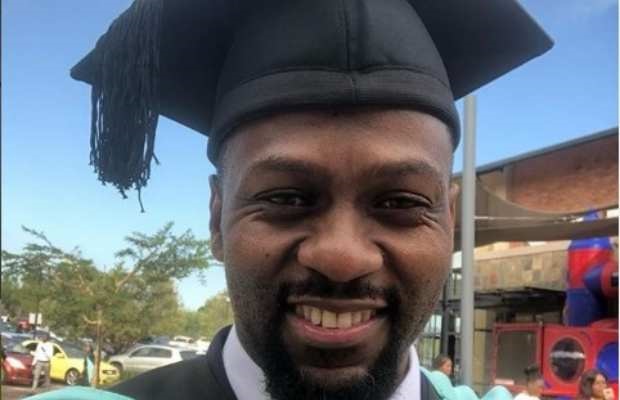 The graduation season is in full swing and among those walking across the stage in front academics is SABC 1 Head of Channel Phumzile Zonke.

He tells Move! that it’s been a rough ride for him. He had to juggle school, parenting and work.

“It is rough and difficult because you never have time for yourself,” he admits.

The father-of-one says his schedule was quite busy in the past two years while he was pursuing his qualification.

“I had to get up at 5 AM and prepare my nine-year-old daughter for school, then I had to be at work by 8 AM and then run to fetch my daughter from her school at 5 PM,” he explains.

“It affected my relationships because I couldn’t go out as often as I would have liked,” he says.

He says doing all this juggling had an emotional impact.

“I was an emotional wreck at times. You need to walk into this knowing. It affects you as a parent as well. However, I had to constantly remind my daughter why I was doing this. It’s a sacrifice I had to make,” he shares.

Greatest day where a Masters degree is conferred. #RedGownLoading ?? #NextStepPhD???? if I can tell people what I had to go through yo complete this I can write a ??. Maneuvering between having 2 Jobs and being a full time father to s baby girl is beyond my compression. It’s s miracle. ??

He says that he will be doing his PhD next year because he’s interested in academia.

Phumzile is currently SABC1 head of channel and is enjoying it.

“It’s a difficult job because there’s a lot responsibility and accountability. There are expectations that I can’t afford to fail. It’s a channel that is fun to work with. I worked for the channel since I was young as a presenter. People know you by name and not just an employee number,” he says.

We live in a world where facts and fiction get blurred
In times of uncertainty you need journalism you can trust. For 14 free days, you can have access to a world of in-depth analyses, investigative journalism, top opinions and a range of features. Journalism strengthens democracy. Invest in the future today. Thereafter you will be billed R75 per month. You can cancel anytime and if you cancel within 14 days you won't be billed.
Subscribe to News24
Next on Drum
5 Movies to watch this Africa Day