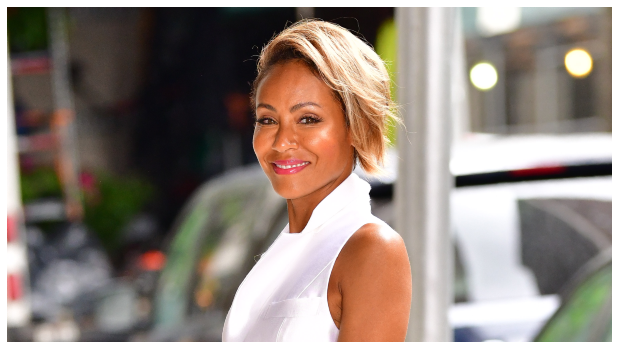 Speaking on her Facebook Show, Red Table Talk, the 47-year-old actress said her past relationships with white men never lasted because “they had no idea about oppression”.

Jada, who has been married to Will Smith since 1997, added about interracial dating: “I have dated some really wonderful white men but it was interesting in that you're dating someone who has no idea what oppression is. He's at the top of the food chain, he doesn't understand. It's a very hard thing for him to be able to relate to. It was always the factor in the relationship that made it break.”

READ MORE: WATCH: "I had to pull a knife on aggressive boyfriend" – Jada Pinkett Smith

Reflecting more on the topic of race, Jada – who co-hosts the show with her daughter Willow and mom Adrienne Banfield-Jones, said she has often been forced to change her behaviour around white women.

“I'm always feeling like in a certain way, white women are looking down at black women in a certain matter — like, they're angry, they're mean,” she said.

The episode also featured an appearance by Greys Anatomy actress Ellen Pompeo, who is in a interracial marriage to Chris Ivery.

READ MORE: Michelle Williams' fiancé sparks discussion on how not to treat your partner suffering with mental health issues

The 49-year-old spoke on the importance of women making friends from different races.

“There's a section of the population that truly feels like opportunities are going to be taken away from them by people of colour, by anyone that's different from them”, she said.

“People of colour are magical and mystical and powerful and beautiful and spiritual and strong and excellent at what they do. There's so much power and talent. One thing I do think that would be productive for everybody to do is just try to make different friends. I have a lot of black friends and I have a lot of white friends. I don't see my white girlfriends have black people in their life, from what I can see,” said Ellen.

We live in a world where facts and fiction get blurred
In times of uncertainty you need journalism you can trust. For 14 free days, you can have access to a world of in-depth analyses, investigative journalism, top opinions and a range of features. Journalism strengthens democracy. Invest in the future today. Thereafter you will be billed R75 per month. You can cancel anytime and if you cancel within 14 days you won't be billed.
Subscribe to News24
Related Links
Jada Pinkett Smith doesn't want daughter Willow to marry young
We asked a few 20 somethings what they're really spending their money on in and their biggest...
ICYMI: How compatible are newlyweds Nick Jonas and Priyanka Chopra according to the stars?
Next on Drum
Filming Blood Psalms a thrill, say stars of fantasy series with ‘dialogue only in African languages’