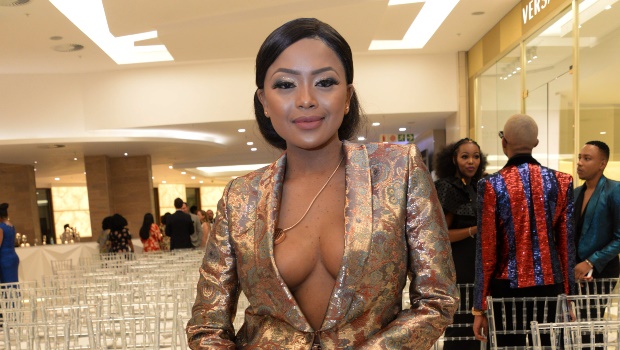 The Metro FM radio presenter took to her social media to show her support for the gay community by wearing a rainbow coloured dress –  colours which have become synonymous with the LGBTQI+ community.

June is Pride Month, a month to celebrate gay, lesbian, bisexual, transgender, queer, and asexual people, plus all other sexual orientations and genders (LGBTQI+).

In June of 1969 a gay bar in New York was raided by police who arrested patrons for no reason. They fought back and this marked the beginning of a gay rights movement in America which is now counted among the most gay friendly countries in the world.

Despite all the changes in laws in South Africa, the LGBTQI+ community still gets discriminated and killed for their sexual orientation.

The DJ solidify her stance on gay rights by writing, “Love is Love!!! I LOVE YOU! #TakePride #PrideMonth.”

We live in a world where facts and fiction get blurred
In times of uncertainty you need journalism you can trust. For 14 free days, you can have access to a world of in-depth analyses, investigative journalism, top opinions and a range of features. Journalism strengthens democracy. Invest in the future today. Thereafter you will be billed R75 per month. You can cancel anytime and if you cancel within 14 days you won't be billed.
Subscribe to News24
Related Links
Why there’s so much drama behind Lerato Kganyago's "open up the industry" tweet
How to shop and wear tailored summer suits like your fave celebs this party season
PICS: Fashionable Stars Celebrated At The SA Style Awards
Next on Drum
Mpumalanga chief gives insight into his tribal court on new Mzansi Wethu show Ebukhosini