New York, Los Angeles, Austin – why these cities are popular with South Africans as travel opens up North American travel is getting easier to do for South Africans.
RgStudio/Getty

It feels like being a kid in a sweets store. After more than two incredibly difficult years of Covid-19 lockdowns, the travel plans we'd put on hold can now resume. But where to start?

North America remains a popular destination with tourists as the three countries on the continent offer something different for travellers, according to an airline company.

For the keen or new traveller who has been pining to get aboard a flight and experience different climes abroad, the northern hemisphere continent can offer a diversity of history, culture and gastronomy to satisfy your craving.

If you're looking to hit the skies soon, now that coronavirus restrictions are being eased in countries around the world, KLM Royal Dutch Airlines, which offers easy travel to North America from South Africa, recommends these six North American cities. The Basilica of Our Lady of Guadalupe is a national shrine in Mexico City and one of the most important pilgrimage sites of Catholicism.
John Coletti/Getty

With tacos, tlacoyos and tamales galore, Mexico has become a dream destination for foodies from around the world. Mexico City’s nightlife is also a major drawing card for tourists.

The vibrant Polanco district is full of clubs and bars and appeals to music lovers of all genres – from house music to reggae, reggaetón and even jazz! Be sure to make a stop at one of the over 150 museums in the city.

It’s also the cheapest capital city in North America so you can be sure your well-earned money will be stretched on a visit to Mexico City.

As Austin’s popularity grows, the city is being connected to more major transit hubs around the world – making it the latest American hotspot for tourists. However, while the city is seeing an influx of international visitors, its quirky charm has always made it a popular holiday destination. They say everything is bigger in Texas, which is certainly the case when it comes to Austin’s foodie culture, live music venues, quirky street murals and dance halls.

The city is also the perfect destination for history buffs where a visit to the Texas Capitol is a must. A trip to Austin isn’t complete without a stop at the famous Allens Boots store – a shop which showcases more than 4 000 boots, cowboy hats, clothing and accessories. As Canada’s largest city, Toronto has so much to offer. The city is Canada’s cultural hotspot and, much like New York, offers an array of ballet, opera, symphony and Broadway shows.

The city, home to the landmark CN Tower, plays host to some of the most luxurious shops and restaurants and also houses some of Canada’s best museums.

Music is at the heart of the city and Toronto is synonymous with outdoor concerts and cultural performances in the summer.

In winter, the city is just as magical. A public skating rink comes to life outside city hall in the winter months and the city puts on some incredible events such as the popular Winterlicious festival. 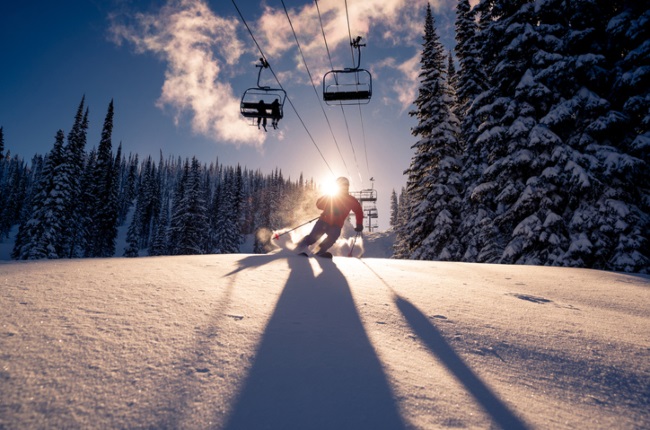 There is no doubt that Vancouver is one of the most beautiful cities in Canada and its natural beauty is a big reason why tourists flock to the coastal city.

Set on the shores of the Pacific Ocean and nestled between snow-capped mountains, Vancouver is the perfect city to experience seasons at their best.

In summer, beaches are packed with sunbathers while winter sees skiers from all around the world flocking to the city’s famous ski resorts.

Vancouver is also filled with some of the best fine-dining restaurants in the world, high-end shops and bustling markets. The City Of Angels is the entertainment capital of the world, making it the perfect destination to add to your North American bucket list.

The vibrant city is full of eclectic (and expensive) neighbourhoods – including the lavish Beverly Hills. The city is home to everything from various movie studios, the Sunset Strip, Venice Beach, museums, world-famous theme parks to wineries, breweries and a thriving nightlife scene.

Make sure you visit the popular Rodeo Drive, a great place to do some high-end window shopping, do some celeb spotting on Hollywood Boulevard, visit the Grauman’s Chinese Theatre and, if you’re feeling extra cheesy, embark on a Hollywood sightseeing and celebrity home bus tour. It’s one of the most visited cities in the world – and for good reason. This megacity is packed full of iconic places, areas, and buildings. The city’s skyline, filled with a concentration of skyscrapers, has become the backdrop for thousands of films – but the city is so much for than that.

Some of New York’s most notable landmarks include the Statue of Liberty, the Empire State Building and the Rockefeller Center – but it’s filled with some incredible museums like the popular Metropolitan Museum of Art, the Guggenheim Museum and the American Museum of Natural History too.

It’s also one of the entertainment capitals of the world. Times Square remains a popular tourist destination while Broadway puts on the world’s best theatre productions. Central Park also offers tourists a well-deserved break from the hustle and bustle of the city.

We live in a world where facts and fiction get blurred
In times of uncertainty you need journalism you can trust. For 14 free days, you can have access to a world of in-depth analyses, investigative journalism, top opinions and a range of features. Journalism strengthens democracy. Invest in the future today. Thereafter you will be billed R75 per month. You can cancel anytime and if you cancel within 14 days you won't be billed.
Subscribe to News24
Next on Drum
‘I lost 12kg,’ shares Mihlali Ndamase. Here are five local celebs’ inspiring before-and-after pics