South African comedian Trevor Noah is living his best life in the US and we are here for it.
PHOTO: GALLO IMAGES/ Steve Granitz

He is living the life. His new normal includes mansions, awards and celebrity friends by the dozens.

Whenever South Africans see him reach a new milestone, they can't help but beam with pride.

Trevor Noah has been rubbing shoulders with A-listers in Hollywood and we love to see it.

He recently shared a post about a chance meeting with Beyoncé and her husband Jay Z.

"I’ve thought of every possible caption for this picture but really what can I write? You’re at the @brooklynnets game, the King of Brooklyn walks in with his wife @beyonce and then they both fist bump you. You try to act cool but then later you see a picture of the moment and you realise that this life is insane!!! What a privilege and magical moment to experience in life. And even though magic happens to me every day, I hope the little South African boy inside of me never stops reminding me that I’m living a dream," he said.

We take a look at some of his celebrity bonding moments. 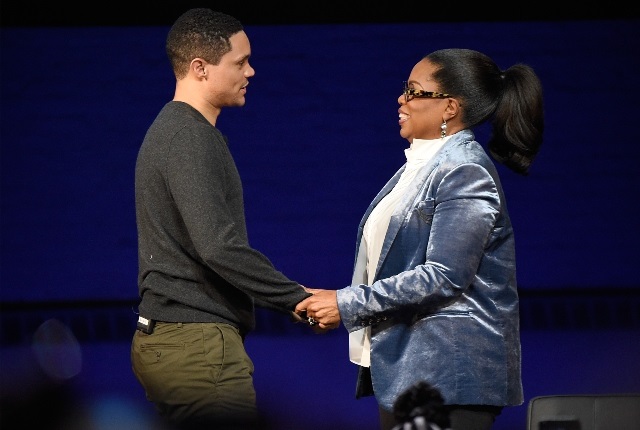 NEW YORK, NY - SEPTEMBER 13: Trevor Noah and Rihanna attend Rihanna's 4th Annual Diamond Ball benefitting The Clara Lionel Foundation at Cipriani Wall Street on September 13, 2018 in New York City. (Photo by Kevin Mazur/Getty Images for Diamond Ball)
Gallo Images PHOTO: GALLO IMAGES/Kevin Mazur
We live in a world where facts and fiction get blurred
In times of uncertainty you need journalism you can trust. For only R75 per month, you have access to a world of in-depth analyses, investigative journalism, top opinions and a range of features. Journalism strengthens democracy. Invest in the future today.
Subscribe to News24
Next on Drum
7 actors from Zone 14: where are they now