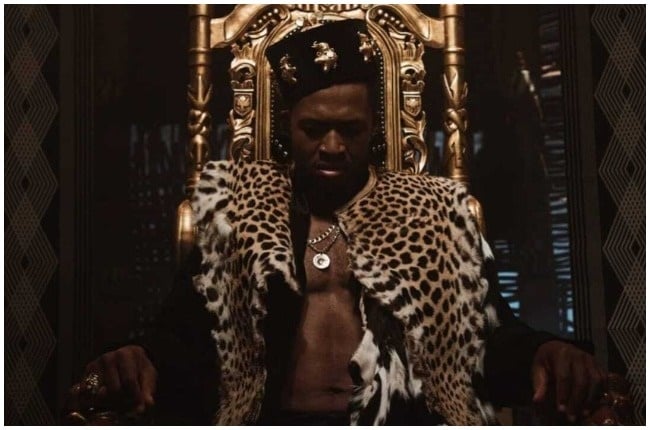 Actor Nyaniso Dzedze is one of the faces who portrayed a grown Simba in the visual album.
Trevor Stuurman

South Africans were glued to their screens on Saturday 1 August as Beyoncé’s visual album, Black Is King, premiered. Yet the focus wasn’t just on Queen B but on the many familiar faces closer to home.

Actor Nyaniso Dzedze is one of those faces, portraying a grown Simba in the visual album.

“It started with an unexpected phone call last year where I was asked me to change my second honeymoon trip. I said yes and the rest is unfolding as we speak,” the actor says.

Some of things the actor enjoyed about the project was “taking a step back after being part of creating it, watching it and watching the world receive it”.

Nyaniso, who some may know from his role as Jack Mabaso’s right-hand man Luzuko in Generations: The Legacy, is still finding the moment surreal.

“To be honest, I still haven’t landed from the magical whirlwind that is Black Is King and I haven’t made sense of it for myself either. It just feels very divine. Bigger than me and bigger than everyone who was part of it. Yet at the same time, it needed every single being who contributed to make it what it is,” he says.

The actor and dancer was also a part of South African dance movie Hear Me Move back in 2014. He played protagonist Muzi, the son of a famous street dancer, who is trying to discover the truth about his father's tragic death. Nyaniso also played Tsietsi Namane in e.tv telenovela Ashes to Ashes.

DRUM gets to know the actor better and finds out what else he has planned for 2020.

“I’m a South African Xhosa man. I’m an actor and overall performing artist. My biggest drive is to build a bridge of health for people through my art primarily, and through many other magical ways that God has placed within me. My latest mantra is, ‘Beckon the black man to heal. Inspire the black child to dream’.”

Nyaniso studied at the Wits University where most of his performance skills were crafted. “As for how I got into acting, I would say it got into me first when I found myself on stage performing in a major theatre production in high school. Since then one door has led to another and I’ve found myself working with people I admire, and continue to do so,” the 34-year-old says.

He has been keeping busy during lockdown by starting Facebook group Acting with Nyaniso Dzedze where he offers free acting tips to aspiring actors, and being a part of his friend Ayanda Makayi’s Lockdown Heights Instagram drama series.

“Lockdown has been an opportunity for a lot of self-introspection and addressing whatever wounds come to my attention to heal. With lockdown taking away the activity we usually have, I got to realise how blessed I am. From friends and family to my wife and career. “I also got to see the beauty in supporting men who are ready to heal the pain and struggles of being men in another Facebook group I curate called Vela Tata: Awakening Men – that one in particular is dear to my heart.”

Nyaniso says the page is a platform for men who are ready to face the things that hurt them. The space is for men to heal, support one another and call one another out when one of them goes astray. “The mantra there is: ‘Become the man you want your child to be raised by’,” he explains.

One thing many people don’t know about the performer is that he’s also an emotional healing practitioner and that he is deeply spiritual. “I’m trained in using certain tools to heal people’s emotional wounding (traumas).

“Connecting with ancestors is a big part of my daily reality. However, this doesn’t disconnect me from the Christian God that my mother raised me to know. In fact, this helps me fill in the many blanks I’ve experienced growing up.”

Nyaniso has had a fruitful 2020 despite the pandemic that’s taken centre stage. Black Is King isn’t the last of his major career moves though.

“2020 has been a big mirror! It’s showing me every nook and cranny in my life that I need to look at in order to grow in the direction I feel called to. Just when I least expect it, something as big and beautiful as Black Is King finally lands and shows me just how much I am living my purpose. “I’m already working on two projects. One the world already knows about, Generations: The Legacy. The second the world is yet to find out about, and the rest God will reveal to me in time,” he says.

We live in a world where facts and fiction get blurred
In times of uncertainty you need journalism you can trust. For 14 free days, you can have access to a world of in-depth analyses, investigative journalism, top opinions and a range of features. Journalism strengthens democracy. Invest in the future today. Thereafter you will be billed R75 per month. You can cancel anytime and if you cancel within 14 days you won't be billed.
Subscribe to News24
Related Links
M-Net to screen Beyoncé’s Black is King across Africa
Generations: The Legacy actor Nyaniso Dzedze and wife reunited after she was denied entry into SA
Generations: The Legacy actor Nyaniso Dzedze and wife quarantined at OR Tambo Airport
Next on Drum
‘An illustrious music career has always been a secret ambition' - Actress Kea Zawadi ventures into music