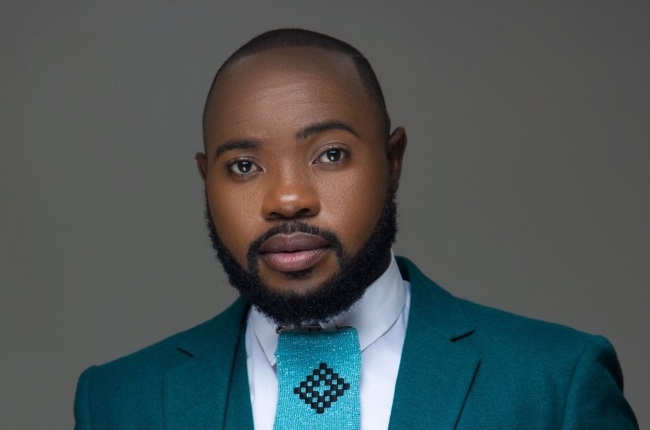 He made his debut on SABC 2 Xitsonga drama Giyani: Land Of Blood on Monday, playing the role of Dr. Kwena Mogashoa, a pathologist who mysteriously ends up in Giyani but nobody knows anything about him or his past.

He comes in to shake things up and frightens Manoku, played by Rami Chuene.

Actor Thabiso Bapela (35) is excited to be joining the cast of Giyani season two. He had auditioned for season one in the past but wasn't cast.

“I auditioned for the first season and didn’t get the role I auditioned for. I did not suit any of the briefs, but they told me to be patient and in future something may come up,” he tells Drum.

“I wanted to be on Giyani so badly because I am from Limpopo. I speak the languages on Giyani and the show represents my people,” he says.

“The show for me is about the pride of my people and the nation where I’m coming from. Being cast as Dr. Kwena Mogashoa has been nothing but a great honour. Coming from a place where we have been the minority on television and often marginalised, to be able to tell stories about the people from Limpopo is an honour,” he adds.

"It speaks volumes about embracing our province, our languages, and cultures on TV. I am always filled with pride when I am on set with other actors like Rami Chuene, Maduvha, Ntate Ndivhohu, and others,” he says.

This is not his first role on the small screen, playing a doctor. He is currently the resident General Practitioner, Dr. Molamu on Gomora.

“Dr. Molamu is an honest man who loves his job, his patients and he has a solid relationship with them,” he says.

“Meanwhile, the doctor on Giyani is the opposite. He deals with reports, corpses, and post mortems and he is not directly on the medical path. He is a bit shady, he is an opportunist and he is just a man on the move with a background that is still yet to be revealed,” Thabiso says.

Thabiso’s first acting role was on Generations: The Legacy a few years ago where he played Dr. Sizwe.

“Funny, how I’m always playing a doctor,” he says.

“I know it’s my step into bigger things and I accept it with open arms.

“Joining Generations: The Legacy happened by chance. I was called by the casting director to audition. I did a screen test and a few hours later, I got the part,” he says.

From then, the roles kept coming.

He then landed a role on SABC 2 drama Keeping Score playing a doctor and later got to play pastor Chauke on Isithembiso and was on Dream: the Lebo Mathosa’s story, which was aired on BET Africa, (DSTV channel).

“I then joined The Hat and Imposter where I played a police executive.”

Not long after that he got his first international Nigerian film, Lincolns Clan Evolution where he played Chris Lincoln, one of the sons of a mining company.

“I was cast because of my strong African looks. I had to learn an accent, but it wasn’t too hectic because Chris had studied and worked overseas.”

“I played a vegetable hawker who was dating a transgender woman named Honey, but he was married with a child. He was supportive to Honey who was a sex worker and going through a gender transition.”

After high school, Thabiso wanted to study drama, but his mom was against it, she feared he would not be able to sustain himself and he would end up using drugs.

“You know parents with being protective.”

Thabiso studied Business Management at Infomage Rims where he later worked and became an assessor.

While working as an assessor he kept his love for acting knowing one day, he would live his dream.

“In high school, one of my grade eight teachers who happened to be my uncle held a drama competition and was auditioning school kids with an interest. I tried to audition but he said no because I was too young. I watched them through the window the whole week until they asked me to come in. I played a young school kid, and we won the provincial competition,” he says.

“From that group, my uncle says he wanted to produce a film star and that person turned out to be me,” he says.

“I loved performing at school, I got medals and awards from acting. Even today I am still learning the industry while living my dream.”

In the next few years, Thabiso hopes to bag a role on Skeem Saam.

“I would love to be on Skeem Saam because it’s a Limpopo-based story and I love stories that are educational,” he says.

“I understand that I have a long way to go before putting my stamp as an actor but I am willing and ready,” he says.

We live in a world where facts and fiction get blurred
In times of uncertainty you need journalism you can trust. For only R75 per month, you have access to a world of in-depth analyses, investigative journalism, top opinions and a range of features. Journalism strengthens democracy. Invest in the future today.
Subscribe to News24
Related Links
This is why Israel Matseke Zulu is leaving Gomora
Kim Kardashian and Pete Davidson are the latest Hollywood couple
Mzansi Magic confirms SK Khoza will no longer be on The Queen
Next on Drum
'He was a selfless human being' - Family and friends pay tribute to actor Patrick Shai